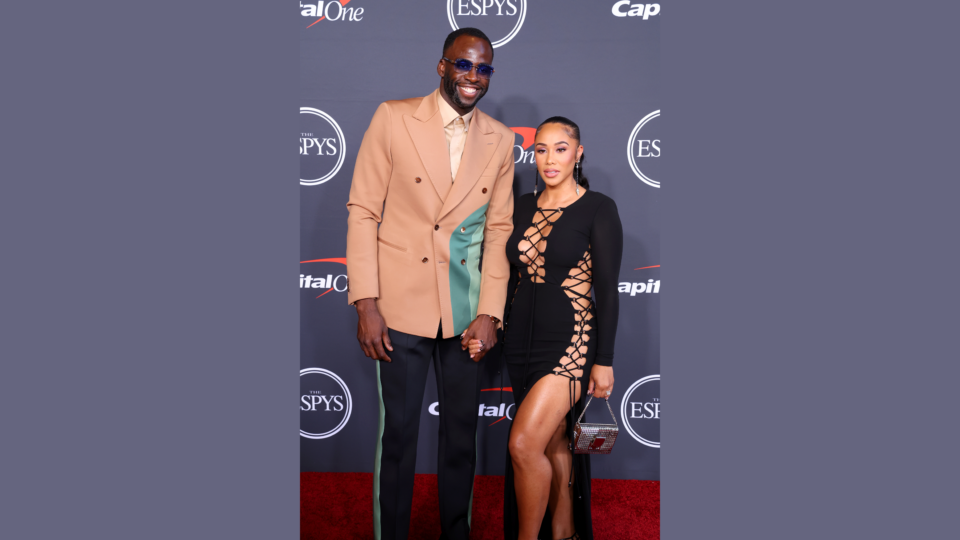 According to a news outlet, three-time NBA champion and three-time All-Star Draymond Green and fiancée Hazel Renee prepared for their impending nuptials with a celebratory engagement shoot.

The couple met as students at Michigan State University, where Renee participated in track and field and Green, a star athlete, played basketball, the lifestyle publication reports.

“We were in the same theater class and both athletes,” she says. “Naturally, we gravitated towards one another for group projects because we were already familiar with each other.”

Their paths eventually diverted, and the two went on different career paths. Green entered the NBA in 2012, and Renee jump-started her acting career on Fox’s Empire. Later, as fate would have it, the two lovebirds would reunite years later for a date in Los Angeles.

“We went to a rooftop pool and hung out at the cabana all day, which is still one of our favorite things to do together,” Renee says. “We hadn’t seen each other in a very long time, so we hung out all day, talked, and caught up. It was really casual but also reflective of our relationship. We really are best friends.”

Their casual friendship has blossomed into a lifelong relationship. As Renee and the Golden State Warriors defender prepare for their marriage ceremony, they tapped photographer Stanley Babb of Stanlo Photographer to snap their breathtaking, elegant engagement pictures, according to a news publication.

“We had an overall vision to reflect where we currently are in our lives. We feel very elevated from where we were years ago. We are more connected and in tune with one another and wanted our shoot to reflect our style and natural boss energy,” Renee happily said.

The pair started dating in early 2018 and share a daughter named Cash together. Both entered the relationship with children from previous partnerships, Olive and Draymond Jr., and Renee looks forward to sharing her life with Green and raising a blended family.

“I’m looking forward to celebrating our love and this new chapter in our lives with the people who have been down with us from the very start,” Renee says. “To have the support of family and friends is priceless.