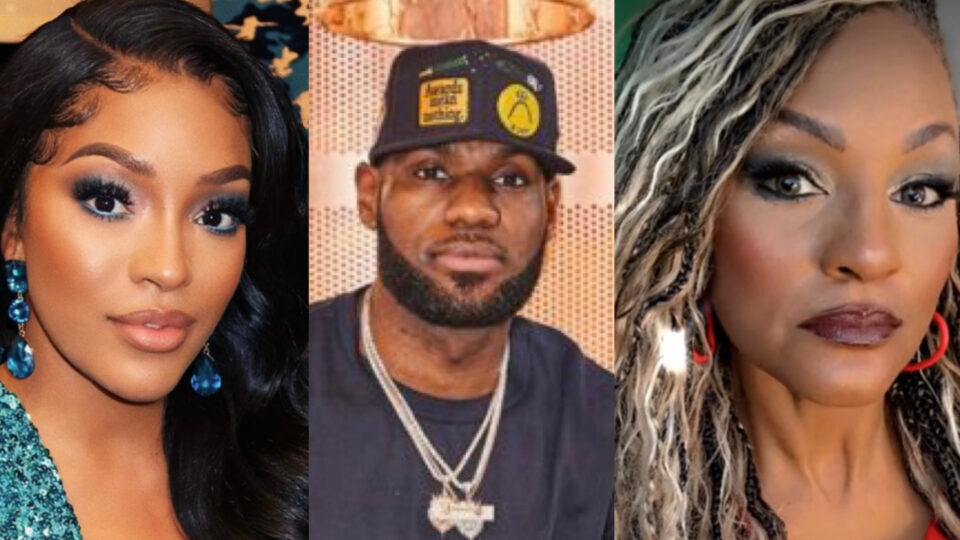 On a recent episode of the Real Housewives of Atlanta, one of the cast members, Drew Sidora mentioned that she dated a “certain king of the NBA.”

That discussion was when Kenya Moore asked the other women to name the most famous person that impressed them. Although the producers of the show censored the person’s name, everyone immediately speculated she was referring to LeBron James.

Sidora said, “I was at Melrose and we were at a restaurant and a certain king of the NBA sent me over a drink.”

As the women threw names out and speculated who she was referring to, they figured out it may have been James.  She added, “We went on a couple of dates, he flew me to his games. He used to listen to my music before his games… Every game he was winning was off of my music,” Sidora bragged.

Some of the women are heard asking if James was married at the same time. Sidora claimed that this courting of sorts transpired before he tied the knot to Savannah Jones.

In a video captured by The Shade Room and posted to its Instagram page, Sidora’s sister, Allison Jordan, who also doubles as her manager, confirmed that the two did date but it was previous to James marrying his childhood sweetheart.

“They dated. they talked on the phone day and night. we went to games. we went to dinners. we weren’t sneaking through back alleyways, going through dark tunnels. I know and hung out with Randy, his uncle. I know LeBron James to be a cool guy, a wonderful person, his team. Him and Drew liked each other, they were cool.”

Jordan also chastised people who have been talking about her sister and her relationship with James, insisting they do their homework before commenting.

“#PressPlay: #DrewSidora’s sister/ manager #AllisonJordan took the time to shut down the rumor that Drew had an affair with #LeBronJames after Drew spoke about briefly dating him back in the day!! During the show, the #RHOA ladies shared who were the most famous people they had been hit on by. (SWIPE)—(🎥: @bravotv)”