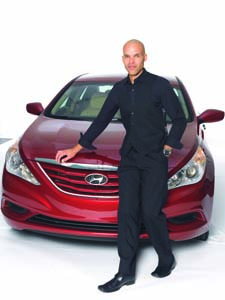 Today, DIOSCURI has evolved into a brand consulting firm for major players in the design industry such as David Rockwell, high-profile design schools, and television networks such as HGTV, which has allowed them to create design innovations for Starbucks, luxury hotels, and department stores. For example, they were the team behind the “for hereâ€ cups, which encouraged consumers to refill their mugs while surfing the Internet. They also helped create an attractive study environment for students at chains near college campuses and reduce their environmental footprint. Television appearances such as the The Rachael Ray Show, where they give affordable interior design tips, have helped bolster their business to $750,000 in revenues in 2011. Projections for 2012 are $1 million.

The twins say diversification is necessary to survive in the industry. “When the economy tanked, the designer who was versatile was a designer who could still afford to keep his lights on,â€ says Teman. “The problem is that when you’re educated as an architect most schools emphasize putting those skills to the service of another architect: Work in a firm, learn how to make buildings, then start your own firm. That’s not the case anymore. If you have that attitude you’re going to be dead because for a while nobody was building anything. So if they’re not building things, what are you going to do?â€ 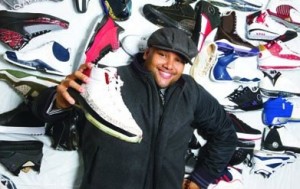 While many think of it as just an aesthetic profession, Jason Mayden says that the business of design has become much more. “Designers of today are moving away from just drawing pretty pictures,â€ says Mayden. “We’re being asked to create products, lead business, set vision, deploy strategies, and drive tactical executions companywide. We are radically changing the scope of what a designer can become at Nike and in the world.â€

Growing up in Chicago, 9-year-old Mayden would spend his weekends window-shopping at athletic stores studying every crease, insole, tongue, toe box, and lace of the newest Air Jordans and other sneakers. “I couldn’t afford the shoes so I would stare at all the details and then draw pictures in my notebook. I would redesign them, re-engineer them, and add the specifications I wanted,â€ he recalls. “I would try to make them better and ask myself, “If I were to redesign the Jordans, what would they look like?â€’