Can Drones Help Your Business Take Off? 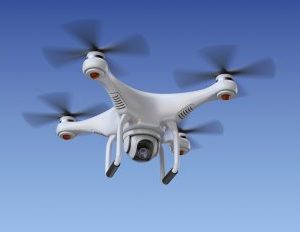 Drones are increasingly taking flight worldwide. And not just as tools for reconnaissance or toys for the tech-savvy. These days, drones offer significant, potential benefits for businesses of all sizes.

But first, a veryÂ brief history lesson. The U.S. military has long used drones for surveillance,Â while hobbyists, for their part,Â have flown small model planes since the early 1900s. What’s groundbreaking about today’s commercial drones, however, is the coupling of the technologies. Commercial drones pairÂ the aerial data collection capabilities of military drones with theÂ compactness andÂ agility of model aircraft. And businesses are taking notice.

For instance, drones have recently proven popular for aerial photography and filming.Â  Rather than using helicopters to take bird’s eye photographs or shoot aerial view videos,Â many–including real estate brokers, construction contractors, and filmmakers, just to name a few–are now flying drones equipped with cameras. Why? Because they save money by not having to pay to use helicopters manned by a photographer or videographer. Â Using drones, they can capture the same aerial photos or videos for less money.

And given their cost-saving potential, drones are even finding a home in more change-resistant industries. Insurers, for example, are considering using drones for roof inspections. Instead of having someone climb up to inspect a policyholder’s roof, they imagine flying drones above homes to photograph the roofs.Â  This would benefit insurers by improving worker safety (i.e., no risk of injury from climbing on a roof), reducing expense (injuries cost money), and increasing efficiency (drones can quickly cover multiple roofs).

So, what does this mean for businesses?

Think about your company’s common practices. Do you often take aerial photographs or videos? Do you typically require employees to climb tall surfaces? Do you frequently have to collect information about a wide land area? Consider whether a drone could help you accomplish these tasks more safely and efficiently.

OK, but my company doesn’t employ any pilots. How will I be able to fly a drone?

First, you likely don’t need a licensed airplane pilot. Second, drone manufacturers are making drones easier to fly so that the technology can be more widely adopted. Some drones even have an autopilot feature. Now, that said, there is still a learning curve, but many drone manufacturers offer tutorials. So don’t be deterred by the flying aspect.

All right, but what about the cost of drones?

The cost varies, depending on the drone’s features, such as the camera quality, durability, and battery life. The cheapest drones are priced around $100, but prices can reach $10,000+. As with any investment in technology, it is important to consult with knowledgeable, reputable vendors to determine the best drone(s) for your business’s needs and budget.

One last question, does my business need any kind of license to fly drones?

The short answer is likely yes, but obtaining the “licenseâ€ is mostly hassle-free these days, depending on your company’s needs. The FAA has established rules and procedures for the commercial operation of drones. It also requires a company to have the drone’s operator(s) pass a basic test that is given nationwide. The test is meant for those without flying experienceÂ and designed to require only a few hours of study time.

“Stephen L. Ball isÂ Government AffairsÂ Counsel for CSAA Insurance Group.Â A proud Wolverine, Stephen has a B.A. in Political Science and a Master of Public Policy degree from the University of Michigan. He also has a J.D. from Harvard Law School. For more information about the Federal Aviation Administration’s rules and procedures for commercial drone use, see https://www.faa.gov/uas/.”