Drop It Like It's Hot...and Ready: Snoop Dogg Surprises Customers at Drive-Thru 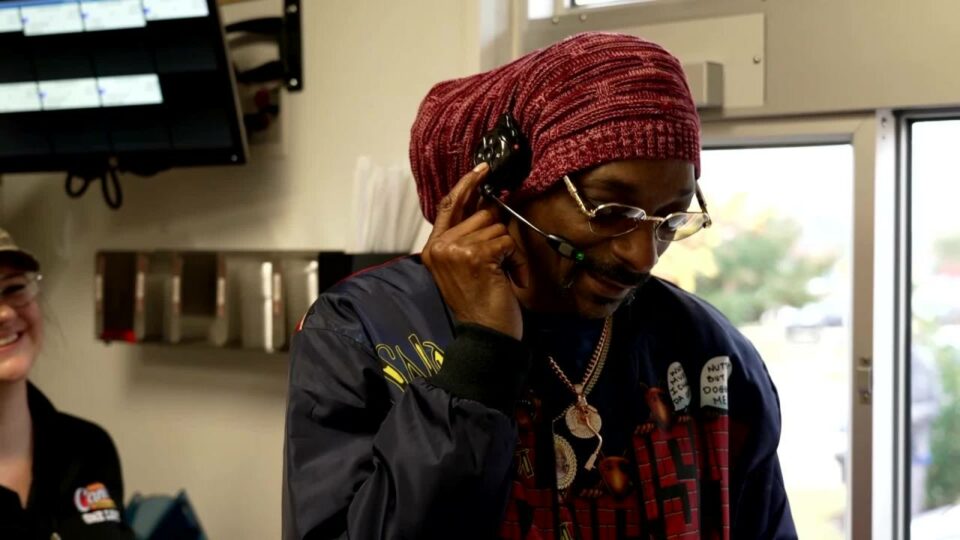 Last week, reports emerged of entertainer Snoop Dogg raising cane at an Arkansas restaurant, giving out chicken and fries, but no gin and juice.

According to WKRG, customers who pulled up to the drive-thru of a Raising Cane’s in Fayetteville, AK, received a surprise with their order—the legendary rapper handing them their food orders.

Snoop, who is releasing a new album, Algorithm, on Nov. 19, dropped by the popular chicken restaurant for one of the stops on his album promotion tour. Snoop was caught on a TikTok video clip giving the order to the excited consumers as they expressed complete shock at interacting with him. The rapper is seen and heard telling the young ladies to “Get ALL of this on camera!”

“Raising Cane’s partnered up for the release of my new album, Algorithm, so since I was near a Cane’s for a DJ gig last week, I decided to pop into a restaurant and see all the push and promotion behind my project,” Snoop Dogg said. “Then I told the employees to take 10 so I could jump in the drive-thru for a while and let the fans know my album drops November 19th. The Cane’s crew and city of Fayetteville, AK, were incredibly friendly as always. I had a great time … and definitely gonna do it again in the near future.”

“Snoop is a huge Caniac and a good friend, so it’s always fun to work together,” said Raising Cane’s founder & CEO Todd Graves. “This was part of our new Drive-Thru Comedy Series and a unique way for Snoop to promote his new album.”

In February, along with Dr. Dre, Eminem, Mary J. Blige, and Kendrick Lamar, the Doggfather will perform at The Pepsi Super Bowl LVI Halftime Show.