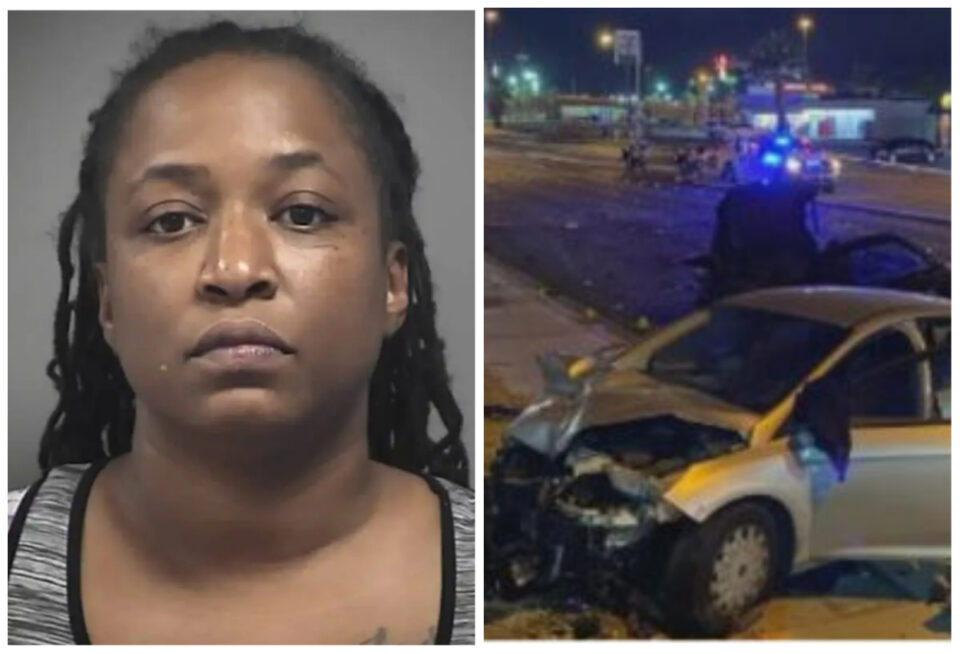 A drunk driver on cocaine crashed into another driver reportedly high on methamphetamine in North Las Vegas.

Summer Butler, 37, was reportedly driving 70 mph just before the crash, according to a report from 8 News Now. The speed limit is 40 mph.

Ishman Edwards, 54, was killed when his vehicle collided with Butler’s vehicle near Cheyenne Avenue and Civic Center Drive at around 11:55 p.m. on Jan. 14. According to reports, Edwards was making a U-turn in a center lane when Butler crashed into his vehicle. Butler and a passenger were ejected from the vehicle during the crash after her car traveled 150 feet before stopping.

Butler allegedly dropped a baggie of cocaine from her bra while the paramedics were treating her at the scene.

“A small baggie containing a white substance fell out of the left side of her bra,” said the police.

Butler, Edwards, and the passenger were taken to the hospital, where blood tests later confirmed that Butler had cocaine in her system during the crash and a blood alcohol level of .102, Review-Journal reports.

Edwards was not believed to have been driving under the influence initially, but the toxicology results indicated that Edwards had methamphetamine in his system as well as a blood alcohol level more than three times above the legal limit.

According to the police, Butler had to be sedated after the crash by the hospital staff for “acting erratic.” She now faces several charges, including a DUI resulting in death, possession of a controlled substance in connection with a fatal crash, and reckless driving. A warrant for Butler’s arrest was issued in June, and a judge granted her bail for $15,000 on Aug. 29. Butler was ordered to refrain from alcohol and drugs.