Dual-Screened YotaPhone Will Arrive in the US This Year 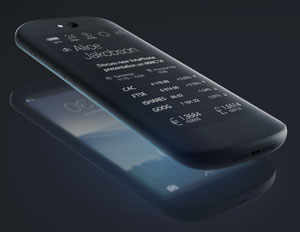 The YotaPhone has two screens, certainly making it stand out from the pack.

According to TechCrunch, the second-generation YotaPhone will be available at year’s end. Yota Devices is a Russian handset startup.

The original YotaPhone went on sale in the end of 2013 in Russia and Europe. Its main draw is the e-ink display on the back of the phone, providing alerts and updates that don’t draw as much power as the LCD on the front.

Yota Devices is preparing the second-generation YotaPhone, which has improved on the predecessor in almost every way, including a bigger battery, faster quad-core processor, and 1080p video recording.

The phone’s marquee feature isn’t the high-end 5-inch HD touchscreen on the front, but the e-ink display on the rear. The 4.7-inch e-ink screen is capacitive, giving you the ability to touch any part of it, an upgrade from the original YotaPhone that only granted specific sections touch sensitivity.

“This is not just a smartphone. We introduced a completely new type of device where user experience is different,” said Vladislav Martynov, CEO of Yota Devices. “The [full-touch second display] brings the YotaPhone concept to a completely new level.”