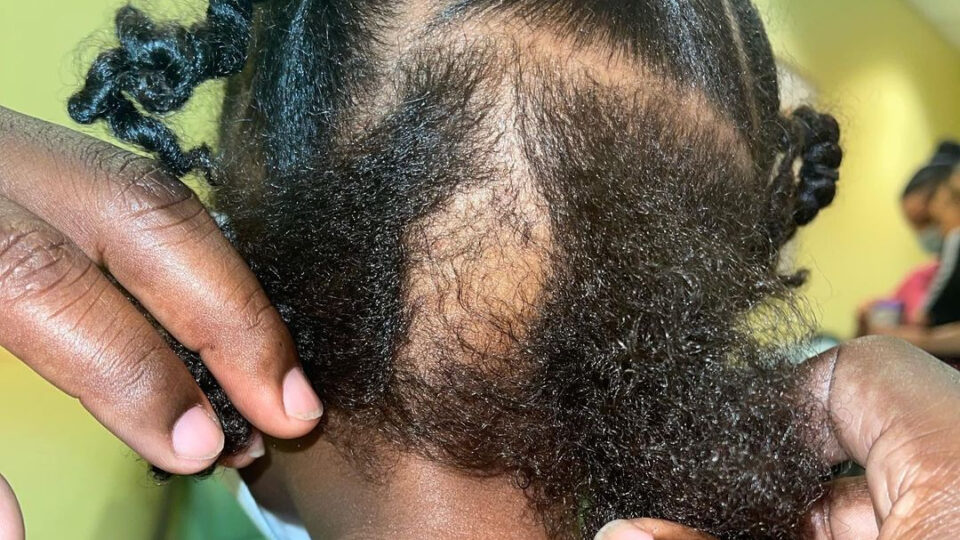 A family is accusing employees at a Georgia daycare of ripping the braids from her child’s hair and exposing her scalp.

According to Fox 5 Atlanta, Duluth resident Kailyn Brown has complained to the Georgia Department of Early Care and Learning about the alleged incident. She has blamed employees at her child’s former daycare facility of ripping the braids out of her 2-year-old daughter’s scalp. Due to her claim, the state has opened an investigation into the Creekstone Daycare Academy facility in response to those claims.

“This is very unusual…both the type of complaint and just complaints in general,” Georgia Department of Early Care and Learning spokesman Reg Griffin said last week.

Brown said she was shocked when she went and picked up her daughter Baileigh at the academy and noticed a bald patch on the back of her head. She also saw that the hair beads she wore to the facility were removed.

Daycare officials told her that another student allegedly ripped the beads out of her daughter’s hair. She said she didn’t believe what they told her.

“She told me all she would do was contact her parent. She never made a complaint. She never showed me any video footage of what could have happened to my child,” Brown stated. “This is not just about my child…this could have been anyone’s child.”

“April 7th I came to pick up my daughter to her beads removed yet again however this time her braids were ripped from her scalp. Once I made a complaint of my daughters beads being snatched the Director of this facility told me that all she would do was contact the child’s parent. Days later after leaving a review on how we felt the situation was handled, my children were put out of the daycare.”

Creekstone Daycare Academy posted a statement about the incident on its website. It reads, in part:

“Creekstone Academy does not condone violence of any form and has a zero-tolerance policy when it comes to any behavior or rhetoric that is threatening to our staff or students. We are delighted to serve more than 200 students enrolled in our program. Our center is full of wonderful children and supportive parents. Unfortunately, we are occasionally met with a disgruntled parent and have to take measures to protect our students and our staff from inappropriate behavior.”

Lonzo chastised Creekstone Daycare Academy for posting the release trying to discredit them with false accusations.