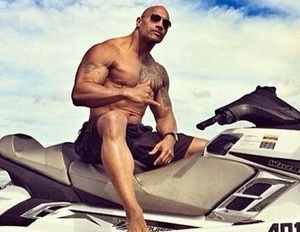 According to The Hollywood Reporter, ‘The Rock’ aka Dwayne Johnson, has signed on to be in the big screen version of the television series, Baywatch. The show ran 11 seasons from 1989 to 2001.

The movie will be directed by Sean Anders and John Morris (We’re The Millers) with Justin Malen rewriting the script that was originally written by Jeremy Garelick and Peter Tolan.