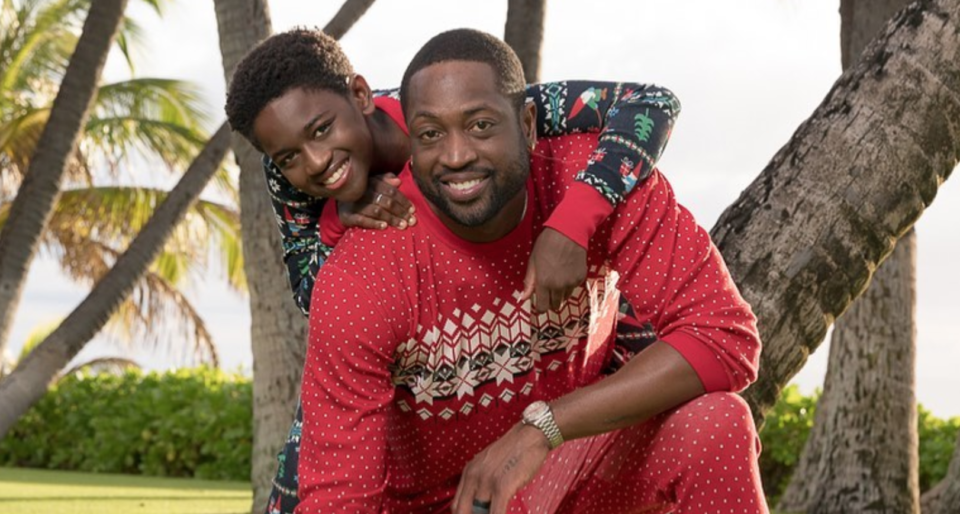 Leave it up to the acclaimed drama series Pose for showing Dwyane Wade how to better understand his daughter Zaya Wade.

The NBA champion opened up about life with Zaya and credited the award-winning FX show for helping them bond as he learned what to not do as a parent of a transgender child. “For the first time, she saw that she doesn’t have to live life like that,” Wade shared on the I Am Athlete podcast. “At that moment I was like, ‘Thank you for allowing me to be her father.’ Because there are lesser people out there who can’t get over themselves.

The former NBA All-Star went on to share the pledge he made with himself when he became a father. “I promised myself if there’s one thing I would do is that no matter what, when I decided I was going to be a parent, that I was going to love unconditionally,” Wade explained. “All I want them to do is be happy in life and to be themselves. Whoever you are, whoever you’re going to be, it’s my job as your father to facilitate those things and to put you in a position to succeed. It’s not my job to change who you are. It’s my job to sit down and understand who you are and where you’re coming from.

However, not everyone has been in support of Wade and his wife Gabrielle Union’s public support of Zaya. Rapper Boosie and B2K member J Boog have proudly spoken out against parents allowing their children to transition during their youth. Wade addressed their criticism during his interview and thanked them for pushing the much-needed conversation of transgender awareness forward.