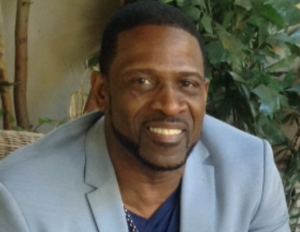 In the spirit of the approaching Father’s Day, we salute those fathers who go above and beyond to not only impact their immediate families, but the community-at-large. Dwyane Wade Sr. is one of those fathers.

Having had a hand in raising 12 children and now with his ProPops Foundation, designed to empower fathers to be pillars within their children’s lives and bring fathers back to the forefront of the family, Wade Sr. is on a mission to build a better future by building better fathers today.

BlackEnterprise.com had the privilege of talking to Wade Sr. about the importance of fatherhood and his upcoming ProPops Foundation’s Fifth Annual Father’s Day Weekend event.

BlackEnterprise.com: How did ProPops Foundation come about?

What do you think is your strong suit as a father? What are you doing right?

I think I raised my kids right. I had a hand in raising 12 kids. They all got out of the city of Chicago, well. They finished school and went on to college so I think I did a pretty good job. Even though I didn’t have the funds to put them through college, they had the knowledge and know-how from me to help them get through school.

What could you do better?

I don’t think there is anything I can do better. I’m the best I can be. I continue to be a father for thousands of children around the world. That said, I don’t think I can be better at it. I’m just working on continuing to be their father every day.

If you know one thing now that you wish you would’ve known when first becoming a father what would that be?

To continue to be there for your children throughout their lives. That’s the most important thing. I didn’t know that when I became a father. Now that I am a father and I work with so many children and parents around the world, I just feel like being a father every day, every minute, every moment is very important.

If you could say one thing to men whoÂ are struggling with fatherhood what would you tell them?

I would tellÂ every man on Earth that believes in God to put Him first and let Him do the work.

What can people expect at the ProPops Foundation’s Fifth Annual Father’s Day Weekend ?

It’s about fathers getting back to the forefront of the family. There’s a global problem with fatherhood. Just to see a lot of fathers come out and support children at the level we’re doing it–I think we’re around 500+ kids this year.

Having fathers being there, teaching them, mentoring them, educating them about how to be the best they can be, that’s the most important thing that they should get out of this weekend.

If we can save oneÂ of those 500 kids and they produce a litter of better kids for the next generation, we’ve done our job.

For more information or to donate to the ProPops Foundation be sure to visit propopsusa.com.