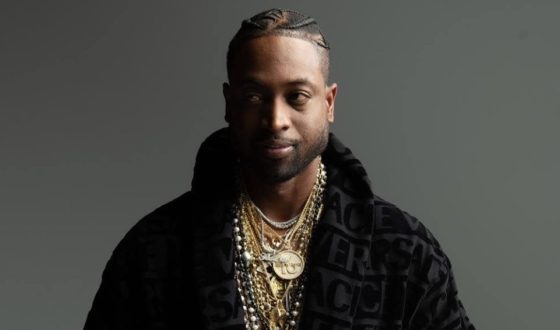 There is one thing that retired NBA legend Dwyane Wade should never have to worry about and that is financial ineptitude. Despite making millions and primed to make several more, the former Miami Heat superstar has a fear of not having money.

“It takes moments sometimes when I’m like, ‘Huh, that’s what I got in the bank, OK.’ But I still live with that mentality [of not having money] like literally, I have one car. And I have an Audi Q8,” Wade told Yahoo! Finance.

Not including his endorsements, Wade earned more than $120 million in a successful 16-year NBA career with the Miami Heat, Chicago Bulls, and Cleveland Cavaliers. In addition, he inked a comprehensive, multiyear agreement with WarnerMedia, released a new sneaker with Rick Ross to continue his Way of Wade sneaker line. His fashionable sock line, PKWY, founded in 2013, is available nationwide at Target stores. Chinese consumer electronics brand Hisense recently inked Wade as its first U.S. brand ambassador. Wade also has a lucrative lifetime contract with the Chinese sneaker brand Li-Ning.

Wade was a three-time NBA Champion (2006, 2012, and 2013) and 13-time All-Star selection. In 2006, three years after first joining the Heat as the No. 5 overall draft pick, he led the Miami Heat to its first-ever NBA Championship and was named MVP of the Finals. In 2004, he created the Wade’s World Foundation, which provides support to various educational, health, and family service programs, in particular, those that benefit underserved communities in Miami and his hometown of Chicago.

In 2011, Wade was appointed to President Obama’s Fatherhood Task Force. In September 2012, he became a New York Times best-selling author, with the release of his first book, A Father First: How My Life Became Bigger than Basketball.