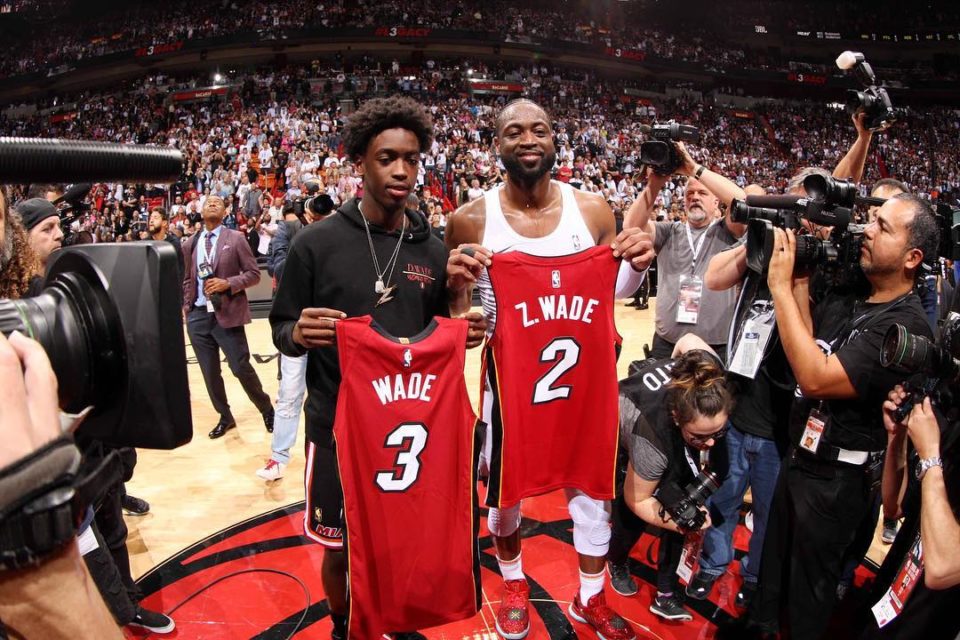 Former Miami Heat basketball player Dwyane Wade has been catching a lot of “heat” for his defense of his child Zaya Wade, who in 2020, came out as transgender.

His unwavering support for Zaya’s identity, even at an early age, has given critics fodder for them to criticize Wade and his actress wife, Gabrielle Union, who fully acknowledge and show support for Zaya.

This past Sunday, on Father’s Day, Wade’s son, Zaire, who is 19, took to his Instagram account to acknowledge his love and appreciation for who his father is and how he shows the type of love that a good parent displays. He posted a message for his father on Instagram Stories that praised him “despite all the hate and negativity” shown toward his father.

“All the hate and backlash that @dwyanewade receives for bein [sic] a good father is crazy 2 me,” he wrote.

He continued: “A lot of you alls [sic] emotions comes out of your own insecurities from your fatherhood.. don’t forecast that on us.

“What more do you want out of your dad than to love and support whatever you do in life?

“Despite all the hate and negativity that comes his way he still continues to be true to his family. Now THATS a father.”

Union also took to Instagram to acknowledge Dwyane on his day.

“Happy Father’s Day @dwyanewade
I thank God everyday that your belief in YOU, is stronger than anyone’s doubts. You continue to lead, to fight and to rejoice in love. #HappyFathersDay2021“

Back in March, the NBA champion opened up about life with Zaya and credited the award-winning FX show for helping them bond as he learned what not to do as a parent of a transgender child.

“For the first time, she saw that she doesn’t have to live life like that,” Wade shared on the I Am Athlete podcast. “At that moment I was like, ‘Thank you for allowing me to be her father.’ Because there are lesser people out there who can’t get over themselves.”