E-Commerce is Going to Blow Up Even More 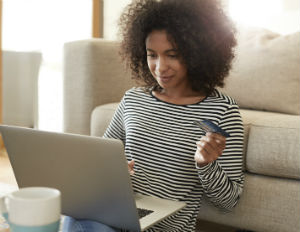 A new report from Juniper Research reveals that the digital commerce market (the buying and selling of products and services over the Internet) will double in growth from the more than $4 billion a year industry it is today to more than $8 billion.

According to research author Lauren Foye, “The digital commerce market as a whole is seeing an ever increasing propensity toward an omni-channel approach, and this extends to e-commerce where the mobile and tablet platform is seeing increased use toward the purchasing of physical goods, either for delivery or collection.â€

“In addition, global online banking users as a proportion of banked individuals are forecast to cross the 50% mark in 2016.â€

The report cites three main factors for this stupendous growth:

Online digital commerce events that have essentially become tradition, such as Cyber Monday, have boosted e-commerce profits. In fact, 2015 was a record year for Cyber Monday sales, the report notes.

Other factors contributing to the explosion in digital commerce are continued transition to digital formats, and the rise in streamed subscription services.

Getting ready to launch an e-commerce based tech startup? The report contains some valuable insight for you:

3 Smart Ways to Profit with Periscope

4 Ways to Protect Your Nest Egg in Retirement