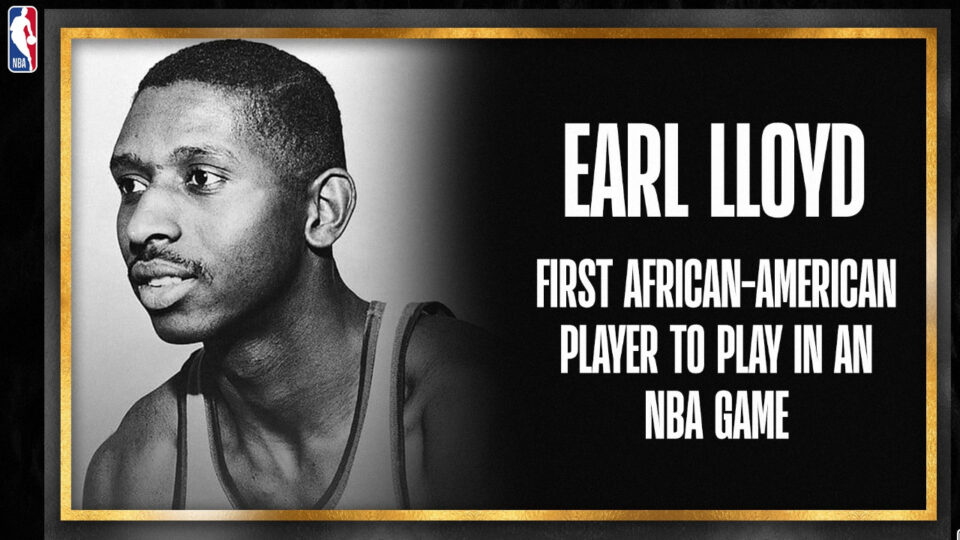 The first Black man to compete in an NBA game back was honored by his hometown. .

According to the Alexandria (VA) Times, NBA Hall of Famer Earl Lloyd received a state historical marker in Alexandria, Virginia. The city honored Lloyd on his birthday, April 3.

The statue of the basketball player is located in the Charles Houston Recreation Center, the former site of Parker-Gray High School, where Lloyd attended. Lloyd made his historic NBA debut in 1950.

“Future generations will be able to see it and learn how a Virginian led the way, busting through the old ugly rules of discrimination and segregation and opening doors for the thousands of talented athletes who came after him,” said Virginia Gov. Ralph Northam in a virtual ceremony.

According to NBA.com, Lloyd, who was nicknamed “Moon Fixer” and “Big Cat,” won the 1955 NBA championship with the Syracuse Nationals (now the Philadelphia 76ers). He averaged 11.5 points and 8.1 rebounds per game in the playoffs. He spent his last two seasons with Detroit and retired in 1960 with averages of 8.4 points and 6.4 rebounds per game.

After his playing days, Lloyd spent 10 seasons as a scout and assistant coach, getting promoted by the Pistons in 1971-72 as the first Black “coach only” (Bill Russell and Lenny Wilkens coached before him but as player-coaches). Lloyd was also enshrined in the Virginia Sports Hall of Fame.