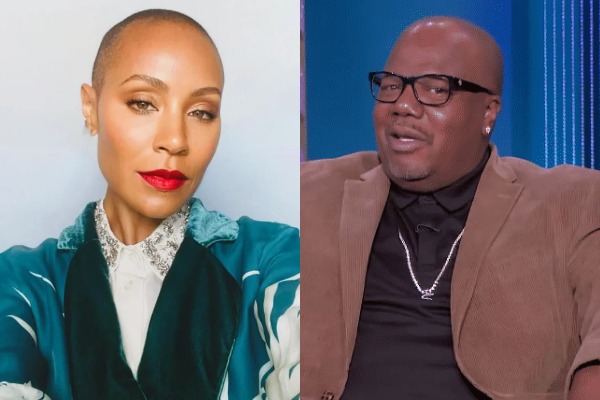 Earthquake is sounding off on Will Smith’s infamous Oscars slap on Chris Rock and placing blame on Jada Pinkett Smith.

During a recent appearance on The Breakfast Club, the comedian shared his take on the now-viral moment and explained why he thinks Jada could and should have done more to stop her husband from walking on stage and slapping Rock after he made a joke about her baldness.

“Personally, I feel sorry for Will ’cause you know he’s being beaten and abused by Jada–just saying,” Earthquake said.

“That’s what happens when a man loves a woman who doesn’t love him, and he’s doing everything to try and make sure that…try to win her love,” he added.

It was moments before Smith took the stage to accept his first Academy Award when he stole the show by physically assaulting Rock. The fact that Smith won best actor for King Richard, a film about Venus and Serena Williams, made the moment that much more significant.

But it was overshadowed by the slap, which has dominated the national conversation. But with Will slapping Chris over Jada two years after her embarrassing “entanglement” reveal, Earthquake thinks the Men In Black star should be cut some slack.

“I’ve been there before,” Earthquake admitted. “You have to make a decision. Either accept it for the love she giving and just accept that or just leave it alone, but you will never ever, ever win her over ’cause you can’t make her heart feel what it don’t —and she don’t. And her actions that night showed it, and I feel for him.”

The veteran comedian elaborated and explained how Pinkett Smith should know her partner and should’ve stepped in before her husband walked on the stage while Rock was presenting for best documentary, which went to Questlove’s Summer of Love.

“She knows her man, and she saw he was about to go up here. A woman that loves you would stop you,” he said.

“And then we do radio, we know the rules of FCC, and it was at the Oscars. Will doesn’t even cuss, and he out here using profanity on a live broadcast. He knows Hollywood; he knows the rules.”

Since the incident, Pinkett Smith released a vague statement that talked about “healing.” Sources for The Matrix: Resurrections star claim she wishes Smith didn’t slap Rock and that he “overreacted.”

Once again, Earthquake feels like her actions since the slap further prove his point.

“She didn’t try and stop him, on there, on two occasions, and then lastly, man, she has yet to release the statement to say, ‘Hey man, my man is a good man; he lost his cool. It’s not indicative of who he is. He got over three decades of good work towards the people he never had that, he lost his cool, ain’t nothing, no,’ ” Earthquake said.

He continued calling out Pinkett smith, saying “she should protect her man. What he did was protecting her.”

“A woman would come out and vouch for you, that that’s not you, that is not him. It’s just a natural—in my humble opinion—a natural reaction for a woman who sees a significance of what he did and what it’s gonna cost him if he was doing it for you.”