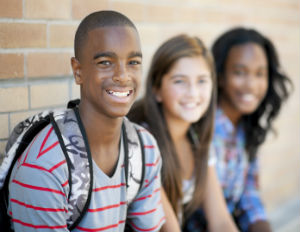 Part of the Brookings Institution, the Hamilton Project recently released 14 Economic Facts On Education and Economic Opportunity. Over the next several days, we will examine each of the 14 facts.

Some states spend a lot to instruct their public school students; others spend relatively little. Although money isn’t a silver bullet–poor districts that receive cash infusions still tend to lag behind wealthier districts–it is true that across the country, wealthier, whiter school districts spend much more on their students than poorer districts serving children of color.

Instructional spending includes salaries and benefits for teachers, textbooks, supplies, and other purchased services for extra- and co-curricular activities. While schools in the Northeast spend $8,000 to $13,000 or more per student on instruction, schools in western and southern states typically spend much less.

After adjusting for differences in living costs across regions (as proxied by variation in average earnings across states), the spending gaps narrow slightly but remain: Northeastern states spend almost twice as much as western and southern states.

Ensuring that students have equal access to a quality education across all states is a key rationale for federal involvement in school funding. It is worth noting that spending also varies substantially within states, across school districts, and even within school districts (explored in Fact 11). The Every Student Succeeds Act signed into law last year introduced requirements to report school-level spending, which will bring unprecedented transparency to these spending differences.

Bottom Line: The American public education system has been called an engine for widening the gap between whites and people of color and between the wealthy and the disadvantaged. You must take responsibility for your child’s education by educating yourself and sharing with your child what you’ve learned. To solely depend on the school to educate your child is to consign him or her to an unequal, comparatively low quality education. See this report from NPR for more about money and education. 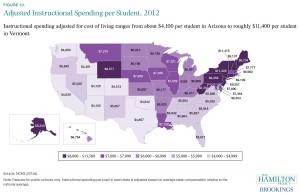