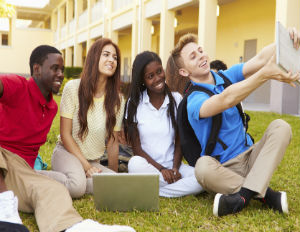 The Hamilton Project at the Brookings Institution shows that, among its 13 other economic facts, the best charters are highly effective, but that others perform no better than traditional public schools.

Fact 14. Several charter schools have been successful at raising student achievement, but gains are not universal.

Charter schools differ from traditional public schools in that they are subject to fewer regulations and typically receive a fixed funding amount per pupil (though total per pupil expenditures vary due to philanthropic support).

Charter schools have greater scope to innovate, employing a variety of methods, such as the use of certain curricula, alternative class schedules including longer school days and “Saturday schoolâ€ to increase instructional time, high-dose tutoring, and other approaches.

This new approach has yielded some success: Many urban charter schools are able to significantly improve test scores in math and English in one year. As shown in figure 14, middle school students attending urban charter schools in Massachusetts and New York have increased their math scores by roughly one-tenth to one-third of a standard deviation relative to their peers who attended traditional public schools.

Such gains are substantial: In the case of the Harlem Children’s Zone charter schools, if the same gains were achieved for three years it would be enough to eliminate the black—white achievement gap.

However, evaluations of charters at the national level show that, on average, charter schools perform no better than traditional schools. In Massachusetts, for example, nonurban charter schools appear to lower test scores, which may be due to differences in curriculum or student demographics.

These results suggest that charter school expansion should be considered carefully, factoring in the composition and needs of the district’s student population, as well as the relative success of some charter school models over others.

Bottom line: Charter schools are not a panacea. The best charter school networks, like KIPP, are great. But as this article states, the average charter school performs at about the level of the average public school–and that’s not good. According to the recently released GradNation report, 30% of charter high schools have low graduation rates (less than 67%). They have also been implicated in the school to prison pipeline. 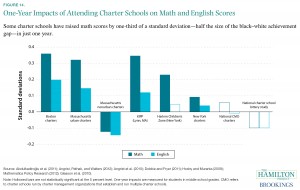