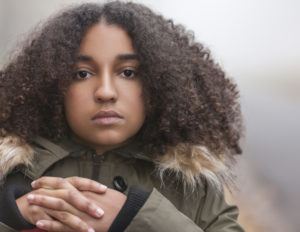 Education Secretary Betsy DeVos plans to “return” the Department of Education’s Office for Civil Rights “to its role as a neutral, impartial, investigative agency,” Politico reports.

What this means for black students, who have historically had their civil rights most often and most egregiously violated, is unknown.

Under the Obama administration, for example, the Office for Civil Rights determined that black students are more likely to be suspended or expelled from school for committing minor infractions that white students get away with.

DeVos wrote in a letter to Sen. Patty Murray that the agency is “unwavering in its commitment” to students’ civil rights. But she criticized the office as it was run under the Obama administration, saying it “all too often handled individual complaints as evidence of systematic institutional violations.”

Here is an excerpt of the article in Politico.

Education Secretary Betsy DeVos said she is “returning” the Office for Civil Rights “to its role as a neutral, impartial, investigative agency.”

In a July 11 letter to Democratic Sen. Patty Murray, DeVos asserted that the department’s civil rights arm under the Obama administration “had descended into a pattern of overreaching, of setting out to punish and embarrass institutions rather than work with them to correct civil rights violations and of ignoring public input prior to issuing new rules.”

As part of the changes she is implementing, the civil rights office would no longer issue “new regulations via administrative fiat,” as the Obama administration did, she wrote.

DeVos’s letter, which lays out a far less activist philosophy for the civil rights office, came in response to a letter sent late last month by 34 Senate Democrats, who blasted her for a series of actions they said had “diminished” civil rights enforcement. The lawmakers asked DeVos for a host of information by July 11, including a list of civil rights investigations that have been closed or dismissed since the Trump administration began. DeVos didn’t provide any of the information in her response.

Murray sent DeVos another letter on Friday repeating her request for the information. She did not address DeVos’s assertions about the actions taken by the Obama-era civil rights office.

DeVos wrote that the agency is “unwavering in its commitment” to defend students’ civil rights. But during the Obama administration, the office “all too often handled individual complaints as evidence of systematic institutional violations,” she wrote. Candice Jackson, the acting assistant secretary for civil rights, told the office’s regional directors in June to stop doing just that.

The Obama administration’s approach “forced” OCR staff “to expand the scope of these investigations dramatically beyond the facts alleged in the filed complaint,” DeVos wrote. “This led to unprecedented processing times and significant backlogs.” 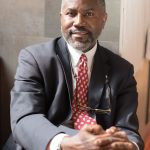