Education Trends to Watch in 2016 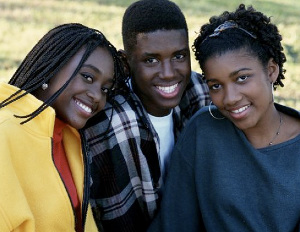 The yearÂ 2015 saw many small changes in education, and a momentous one, long-awaited by many: theÂ departure of the federal No Child Left Behind Act of 2001. With just weeks left in the year, theÂ updated federal educationÂ bill,Â the Every Student Succeeds Act, flew through the Senate and theÂ HouseÂ after a revision process that some called a “love-fest.â€ The ESSAÂ wasÂ signed into lawÂ by President Barack Obama on Dec.Â 10.

But that’s just the beginning of what to keep an eye on in 2016. A number of issues are poised to shape K-12Â over the coming year.Â From budget crunches that are expected to shut down schools to the development of unique learning plans for individual students, here’s a glimpse of five hot topicsÂ administrators should keep on their radar.

Budget crises in urban districts
More than a few large urban districts are staring down severe funding shortfalls, and it’s not clear what kind of clarity or solutions will solve the serious problems.

InÂ Los Angeles,Â a private report commissioned by Los Angeles Superintendent Ramon Cortines said that Los AngelesÂ Unified wasÂ “facing a looming, long-term deficit that could force the system into bankruptcy.â€ The district is also dealing with various teacher lawsuits alleging discrimination, including a $1 billion suitÂ focused on theÂ alleged oustingÂ of older teachers and a discrimination suitÂ filed by a lesbian gym teacher who says she was “subjected to anti-gay language, anti-gay graffiti scrawled in her work area, verbal anti-gay slurs by students, vandalism to her car, and even physical violence by a student.â€

Meanwhile, in Pennsylvania, a state budget impasse that resulted in generous offers from some teachers toÂ work for freeÂ is now sliding towards chaos as Philadelphia School DistrictÂ Superintendent William Hite projects that some schools will shut down in January due to a lack of funding.