Along with STEM, We Need the Liberal Arts 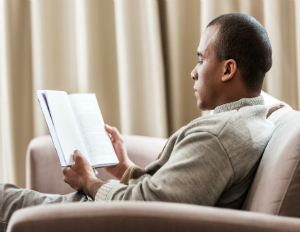 Danielle Allen is a government professor at Harvard University, a writer of books, a lover of poetry, and an advocate of greater civic participation.

In a recent profile in the Wall Street Journal, Allen is described as an ardent proponent of political equality, or the idea that every American should play an active role in the way our democracy works.

Allen’s 2014 book, Our Democracy, was inspired by a night class she taught for 10 years to low-income adult students in Chicago. According to the article, it was the students in her night class that showed her how the “Declaration of Independence is the story of human agency.â€

The article goes on to say that her night students, unlike her students at the university, tended to apply the Declaration to their own lives. “They talked about issues like policing, unemployment, and education and compared them to the frustrations the colonists once had under England’s rule.â€

In her latest book, Equality and Education, Allen argues for a renewed focus on the liberal arts, beginning in the youngest years. Allen believes, according to the article, that studying the liberal arts prepares students to participate in the democratic process in a way that, say, computer science study does not.

The emphasis over the last 15 years on more career-oriented classes disturbs her. Allen is quoted: “With less social studies in the curriculum, people are not learning about … the government’s core principles. In that regard, we have impoverished our general collective consciousness.â€

I recently read that, given the chance, an engineer who needed a new member on his team would prefer to hire a liberal arts major. The liberal arts, despite calls to cut some of their funding, are continually cited as a tremendous value in the laborÂ market.

But Allen stresses their import in equipping citizens to participate fully in the political landscape. She believes that if Americans were better equipped to reflect on their laws, they would elect more thoughtful leaders and fewer like, say, Donald Trump.

There’s been a push for STEM courses recently because STEM careers are in demand and pay well. But STEM combined with a solid foundation in the liberal arts seems to be the best approach.

For more about Allen, who also directs the Edmond J. Safra Center for Ethics at Harvard, go to this website.