Donâ€™t Even Think About Going to a For-Profit College 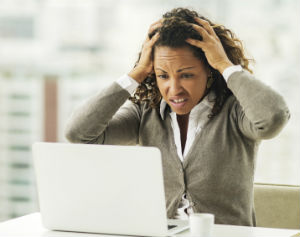 The young woman stepped up to the microphone, eager to ask her question.

The BE Smart panel at this year’s Women of PowerÂ Summit in Hollywood, Florida, had just ended. We’d heard great speakers, like Pamela Mitchell of the Reinvention Institute, expound on the value of executive education and the difference executive credentials can make in a woman’s career.

Now it was time for questions from the audience. The young woman cleared her throat. “I worked hard for my degree,â€ she began, “but I went to a for-profit college. Now can’t get anyone to hire me.â€

My heart sank upon hearing her words. No one on the panel had endorsed pursuing credentials from a for-profit; the young woman simply wondered if a legitimate credential on top of her for-profit degree could help her get hired.

For-profits Are a Disaster

There is so much information online about for-profit colleges–with names like Corinthian (now defunct), DeVry, ITT Tech, the University of Phoenix–and none of it is good. Still, it’s not unusual to hear some earnest person say that they are attending a for-profit school.

Yet, these schools are basically legal scams. For-profit schools are not an option, unless you are looking to go into debt, waste your time, lower your chances of graduating, or increase your chances of graduating with a degree that has little to no value in the labor market, as the unhappy young woman at theÂ Women of PowerÂ SummitÂ discovered and that studies have provenÂ again and again.

For-profits exploit the ambition and honest aspirations of low-income people, who are often poorly educated. They prey on communities of color, on the poor, and on the poorly informed. They prey on veterans, even to the point of opening outposts of their institutions near military bases.

What to Do Now

Spread the word and stop the madness. The ads you see in the subway and on TV are lies. No one should go to a for-profit school, and the U.S. Department of Education knows it.

If you’re already in debt, ask your loan servicers about income-driven repayment plans, which are woefully underutilized (only 12.5% of federal loan borrowers have signed up for them). Depending on your situation, you may be eligible to pay $0 and still keep your loan current.

But if you have been defrauded–that is, lied to and misled–by your institution, contact your state attorney general and explain your situation. Students who attended Corinthian College can apply to have their student loans discharged, since they had been defrauded by the for-profit behemoth. Push to have your loans discharged too.

Don’t trust any for-profit school, unless it can prove a track record of providing an honest education to real people who went on to enjoy a professional future with degrees that were respected. I’m sorry to say this, but you won’t find one.