Education Strategies - Do They Work? 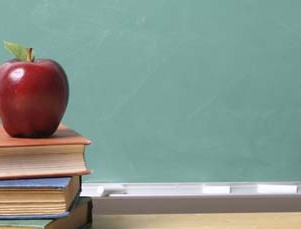 Coverage of the recent enactment of the Every Student Succeeds Act, the major rewrite of the much-maligned No Child Left Behind Act, has rightlyÂ focused on Congress’ decision to give states greater control over key issues, such as the design of school accountability systems and the certification and evaluation of teachers. How states handle their newfound authority will directly affect student and teacher experiences and determine whether ESSA turns out to be an enduring shift in education governance or merely a temporary reversal of the decades-long trend toward greater federal control.

[Related: The State of Education In the Union]

As important over the long run, however, may be a series of provisions in the law encouraging the use of evidence to inform the kinds of decisions states are now empowered to make. ESSA is the first federal education law to define the term “evidence-basedâ€ and to distinguish between activities with “strong,â€ “moderate,â€ and “promisingâ€ support based on the strength of existing research. Crucially, for many purposes the law also treats as evidence-based a fourth category comprising activities that have a research-based rationale but lack direct empirical support–provided, that is, that they are accompanied by “ongoing efforts to examine the effectsâ€ of the activity on important student outcomes. Those six words, if taken seriously and implemented with care, hold the potential to create and provide resources to sustain a new model for decision-making within state education agencies and school districts–a model that benefits students and taxpayers and, over time, enhances our knowledge of what works in education.

To understand the value of the law’s approach to evidence, it is useful to contrast ESSA with its predecessor. NCLB also sought to make the American education system more data-driven, famously using the term “scientifically based researchâ€ some 110 times in an attempt to limit the use of federal funds to activities with proven results.