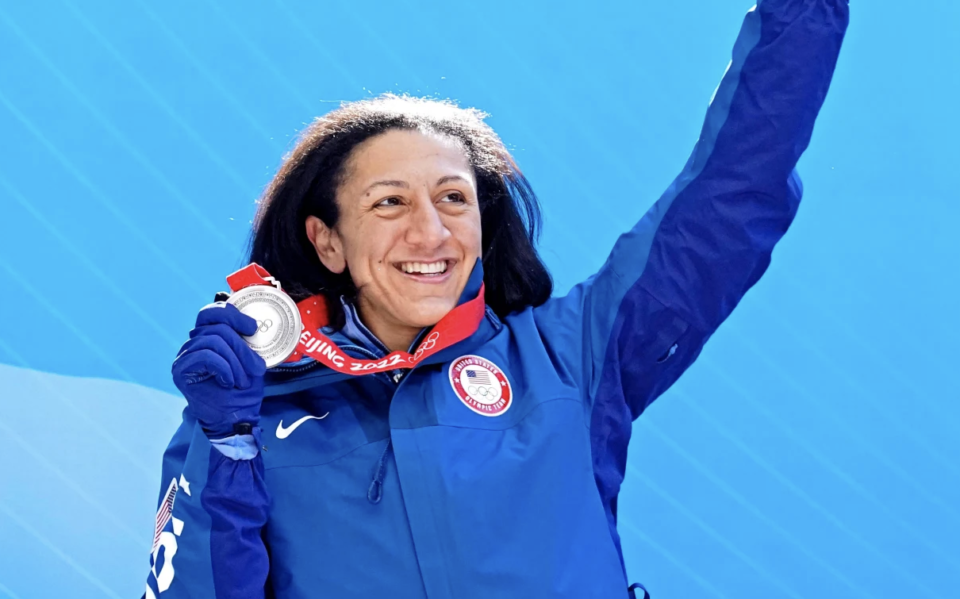 Bobsledder Elana Meyers Taylor, 37, made history by being awarded the most medals in the Winter Olympic Games. She won her fifth medal, a bronze, in the two-woman bobsleigh competition on Saturday, reports CNN.

“It’s so crazy to hear that stat and to know that I’m part of a legacy that’s bigger than me,” she said to CNN. “Hopefully, it just encourages more and more black athletes to come out to winter sports and not just black athletes, winter sports for everybody.

Elana Meyers Taylor is now the most decorated woman to ever compete in Olympic bobsled.

This run by @eamslider24 guaranteed medals for her team and propelled her to #WinterOlympics history. 🙌 pic.twitter.com/TzTGj3v7GP

“We want everybody to come out regardless of the color of your skin. We want winter sports to be for everybody, regardless of race, regardless of socio-economic class,” Taylor added. “I think the more diversity we have, the stronger our sport can be. So hopefully, this is just the start of more and more people coming out and trying winter sports.”

The Beijing Games are the fourth Olympics that Meyers Taylor has attended; she began her bobsledding career in 2007 and competed in Vancouver in 2010, Sochi in 2014, and PyeongChang in 2018. She has won three and two bronze medals. But the talented bobsledder has hinted that this might be her last competition in a sled, reports NBC News.

Meyers Taylor is one of nine Black women, mostly Americans, to gain a medal in bobsled.

In 2020, she wrote an essay posted on the U.S. Olympic and Paralympic Committee website that examined race, racism in sports, and situations that she and her husband, Nic Taylor, also a bobsled athlete, have encountered, according to AP.