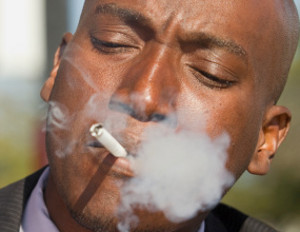 Although the Food and Drug Association says electronic cigarettes (e-cigarettes) are not safer than regular cigarettes, users of the product are increasing in number and retailers are seeing record profits.

A Wells Fargo analysis of the e-cigarette market estimates it to be a $300 million industry. Logic, one e-cigarette maker, boasted a growth rate of 600 percent between 2011 and 2012. Without divulging how many e-cigarettes it sells, a company spokesperson said it’s received multiple requests from tobacco companies and investors to buy it out or partner with it.

An e-cigarette works by heating a cartridge of liquid nicotine, which turns into inhalable vapor. The smoker exhales odorless water vapor. This gives the user the sensation of smoking, without the offensive odor associated with tobacco smoking.

The government has yet to rule if e-cigarettes are totally safe. In 2009, the FDA found that one unnamed e-cigarette contained significant traces of a chemical found in antifreeze. Users haven’t let this dissuade them from purchasing the product, perhaps due to its lower overall cost when compared to traditional cigarettes.

Azam Asaduzzaman, a SoHo newsstand clerk, said his newsstand Â had only started selling e-cigarettes about three months ago, but already sells about 12 a day for a total between $300 and $400, making up about 20 percent of its total sales.

“Most people who buy are between 25 and 35 years old, and they get the rechargeable kind. They don’t buy regular cigarettes from me,â€ Asaduzzaman told the NY Post.