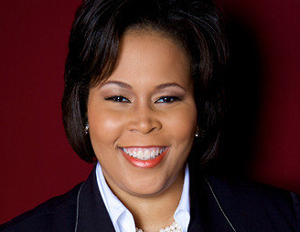 There are two times per year where New York City is guaranteed to be in straight chaos as fashion insiders run from one venue to the next to see the latest designs from some of today’s biggest designers. But in an industry that’s big on how well connected you are, one industry veteran is making it her duty to ensure that the best and brightest designers who are still fighting to get their foot in the door have a fair shot at getting their collection showcased.

As the founder of EMERGE! Fashion NYC, Dionne Williams and her team put together a highly anticipated show each year during both February and September fashion week in an effort to connect up-and-coming designers with potential buyers and fashion industry power players. With the goal to also bring a new level of diversity in both designers and models to the runway, Williams talks to Black Enterprise about her mission to make a lasting impact not only in the industry, but also in the lives of the next generation of fashion creatives.

BlackEnterprise.com: What is EMERGE! and how did the idea of this brand come about?

Dionne Williams: EMERGE! The Fashion and Runway show came about four years ago. I had a friend who was on Project Runway and I was with her as she was doing a lot during New York Fashion Week, and I felt there needed to be a quality collective show for emerging designers. I feel like they are artists and they should have this great platform where people on a national level can see what they are creating. So that’s why I created EMERGE!

What impact has EMERGE! had on designers and their business opportunities following the show?

Following the show, the first thing is that they are able to understand how to put on a large fashion show by themselves. They get insights into what happens behind-the-scenes with production, and what goes into hair, makeup, lighting and style. So initially, just aware of what goes into putting together a big show. After that, more people are aware of their brand and there are people who call them for meetings and interviews and people who have them coming into their stores. We kind of hold their hands in the process of going through the show and after we tell them about some of the things they should do, like meet with retailers and buyers to discuss their brand.

How do you guys go about selecting what designers participate in the show?

Each season we have designers that submit a designer application and we have an advisory committee that looks at all the applicants and their lookbooks to see what they’ve done in the past. We choose the ones who we feel are in a spot where they are ready for buyers and retailers to see what they do. Each year we choose six [designers].

Why do you think a show like EMERGE! plays an important role in the fashion industry today? What does it bring to the table that’s different?

EMERGE! is different and so important because it’s a quality show. After the show a lot of people are inspired to be on the creative side. Everybody is emerging, the designers, the people who do hair, the makeup artists and everyone is the best at what they do. So I think EMERGE! is so important because we really want to show the world these designers. We have designers from small towns all around the world who usually wouldn’t be able to show their work on a platform like this.

The people who attend the show are supportive of these designers and help in bringing buyers and stylists to them so that they know who the emerging designers are and I think it’s important to bring about that awareness.

What are you guys doing in order to help bridge the gap in terms of bringing more diversity to the industry?

Diversity is very important to us. We have designers in the show who are from all over the world. They are black, white and from various nationalities. I love the diversity and how eclectic the show is. I also feel that our models have a chance. We use 50 plus models each show and some of these models are not able to show at maybe Lincoln Center because they are black or from another nationality. EMERGE! gives a platform to all ethnic backgrounds and I think that’s very important to see the excellence of the show and how people of color are able to produce a show like this.

Where do you hope EMERGE! will be within the next five years?

We have our fifth anniversary next year. We do two shows per season in February and September so it’s going to get bigger and better. We’re moving into a new venue and we’re going to do more things outside of the show. We’re going into EMERGE! Management where we help the designer on the business side. Most of the designers are very creative and they’re artist, but a lot of them may not have the business support or strength to move forward, so we want to create EMERGE! Management where we help to manage their careers, help them get into stores, and bring more visibility on the public relations side. We also want to have workshops in different cities for people who are in the creative field whether you’re a designer, or stylist, or makeup artist, or hair stylist. We want to get more into the workshops and education.

To learn more about EMERGE! visit their website at EmergeFashionNYC.com.