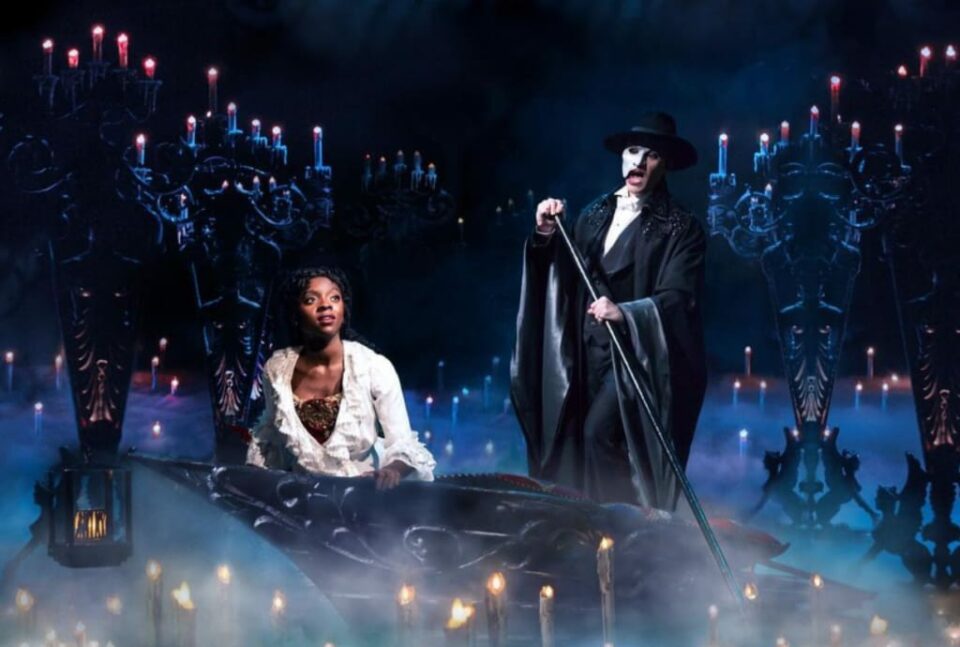 Broadway has advanced the movement toward diversity and inclusion—making it possible for Black girls to perform in iconic roles full-time.

Actress Emilie Kouatchou has become the first Black performer to assume the full-time role of Christine Daaé in The Phantom of the Opera. Not only is she a visionary for the younger generation, but she serves to shed light on the rigorous journey of Black actresses in the industry.

While this historical moment is set in stone, the Chicago native is accustomed to marking history. She was also the first Black actress to be an alternate for the role of Christina, in which she performed three times a week in late October.

The Andrew Lloyd Webber musical originally opened at Broadway’s Majestic Theatre in 1988, garnering seven Tony Awards wins, including Best Musical. Today, fans can see her perform in all of the shows!

Upon hearing the announcement, Kouatchou couldn’t wait to share her excitement with her Instagram followers and fans. She wrote, “THIS IS ABSOLUTE INSANITY YALL WHAT THE FAWK. THANK YOU ALL FOR THE LOVE!! OH and I celebrated today’s announcement by getting my booster shot!!! Celebrate with me and get yours 💋💋💕.”

Last year, Kouatchou opened up to PEOPLE about her journey navigating the monumental rise in her career.

“I wanted to do the best that I could,” she said of her first performance as Christine.

She added, “At times when I’m just so in my head about what I’m doing in the show, it’s a great reminder that this is something. No matter what I do on stage, me in that costume and me wearing that wig and me singing those songs and just my face as a face of Phantom [is] so important.”

Yes, she is representing a world of women. Still, she hopes for a future where casting for Black actors such as hers is more attainable and less fantastical.

“I just think that Black women, especially in theater, have to be — and it shouldn’t be this way — ten times better and work ten times harder. It took this long for any Black woman to play Christine, but there have been so many talented Black women who could have.”

Watch Kouatchou shine in the Phantom of the Opera trailer below: