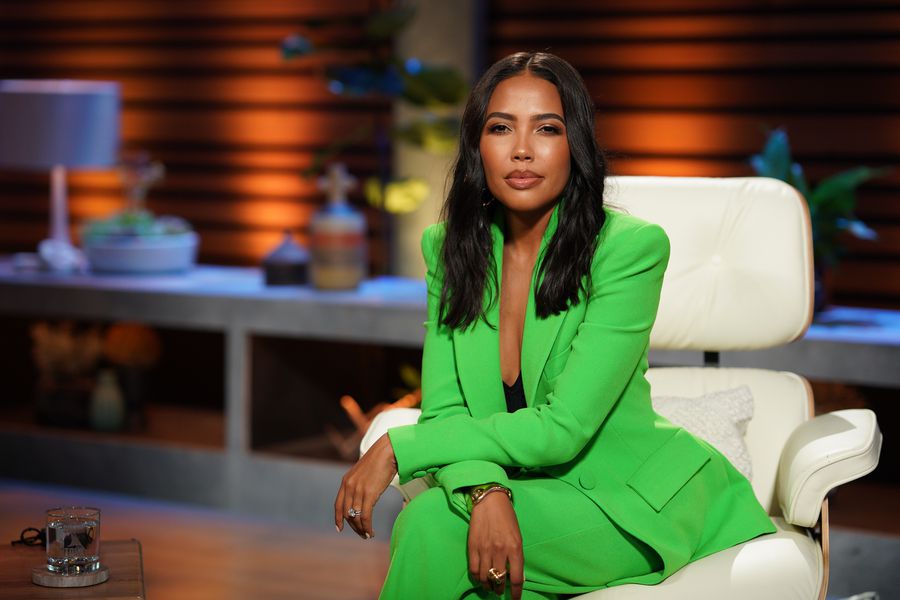 With this week’s upcoming season premiere of ABC’s Shark Tank, history will be made as a Black woman will occupy a seat on the stage of the popular unscripted show.

According to ABC, Emma Grede, the CEO of fashion juggernaut Good American and founding partner of SKIMS, will be making history when she appears on stage with the others as the first Black female guest Shark.

“Mommy Shark Doo doo doo doo doo!🦈 I’m beyond thrilled to be a guest shark on Season 13 of #SharkTank! Tune in for the Season Premiere Friday October 8 on ABC”

Deadline reported earlier this summer that the television show would also feature other prominent guest sharks throughout the season. Comedian and entrepreneur Kevin Hart, whose entertainment companies include HartBeat Productions and his comedy entity, Laugh Out Loud, will also be making his first appearance this season.

Grede is a co-founder with Khloe Kardashian of Good American and a founding partner of SKIMS with Khloe’s sister, Kim Kardashian. Other guests of the show will include Peter Jones, an original Dragon on the BBC’s Dragons’ Den; and Nextdoor co-founder Nirav Tolia.

According to Shadow and Act, Good American, the company Grede launched back in 2016 with Khloe Kardashian was the biggest apparel launch in history, according to Women for Women. The company had achieved sales of over $1 million on the day it launched.

You can watch Grede’s debut with the season premiere of Shark Tank that will air Oct. 8 at 8 p.m. ET/7 p.m. CT on ABC. It can also be viewed the next day on Hulu.