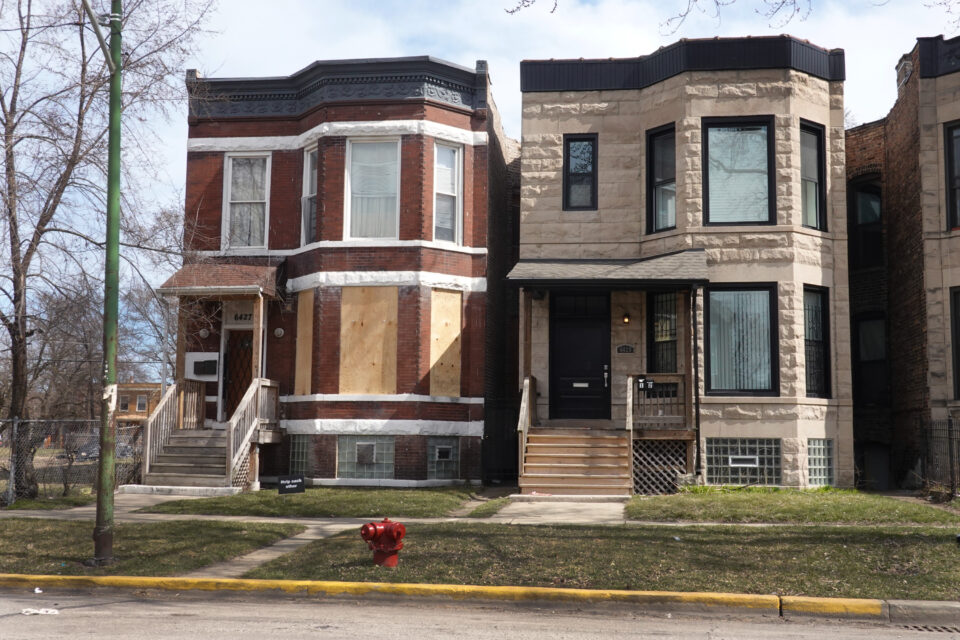 CHICAGO, ILLINOIS - MARCH 22: Plywood covers windows on the first floor of the two-flat building where Emmett Till lived with his mother on March 22, 2021 in Chicago, Illinois. Till's brutal murder in Money, Mississippi in the summer of 1955 and his mother's decision to hold an open-casket funeral to expose the brutality of the murder is credited with igniting the modern civil rights movement. The home recently gained Chicago landmark status and there are plans to turn the home into a museum. (Photo by Scott Olson/Getty Images)

The house Emmett Till lived in with his mother before he traveled to Chicago’s South Side in 1955 and met his untimely demise for whistling at a white woman received a grant from a cultural preservation organization, The Washington Post reports.

Other locations that received funding were the bank in Mississippi founded by entrepreneur Charles Banks the first Black Masonic lodge in North Carolina, and a school in rural Florida that taught the children of Black farm workers, according to The Washington Post.

The money will also preserve the Virginia home where tennis greats Arthur Ashe and Althea Gibson trained, renovate the Blue Bird Inn in Detroit, the birthplace of bebop jazz, and upkeep African American cemeteries in Pennsylvania and on an island close to the coast of South Carolina, according to WWNYTV.

However, Till’s house is of particular interest. Brent Leggs, executive director of the organization, said the effort to restore the property is to fill “some gaps in the nation’s understanding of the civil rights movement.”

“It was a catalytic moment in the civil rights movement and through this we lift and honor Black women in civil rights,” Leggs said.

Till’s brutal killing spurred the civil rights movement. The Chicago home where the then 14-year-old lived with his mother, Mamie Till Mobley, received funding to renovate the second floor, according to WWNYTV.

“This house is a sacred treasure from our perspective and our goal is to restore it and reinvent it as an international heritage pilgrimage destination,” said Naomi Davis, executive director of Blacks in Green. This local nonprofit organization purchased the property in 2020. She is planning for the grand opening for 2025 in time with the Obama Presidential Library a few miles away.

Recently, the discovery of the arrest warrant for Carolyn Bryant Donham led many activists to serve her the papers for her arrest.

“We got to remember what happened and if we don’t tell it, if people don’t see (the house) they’ll forget and we don’t want to forget tragedy in these United States,” said Annie Wright, 76, whose late husband, Simeon, was sleeping in the bed with his cousin, Emmett, when white men kidnapped him.