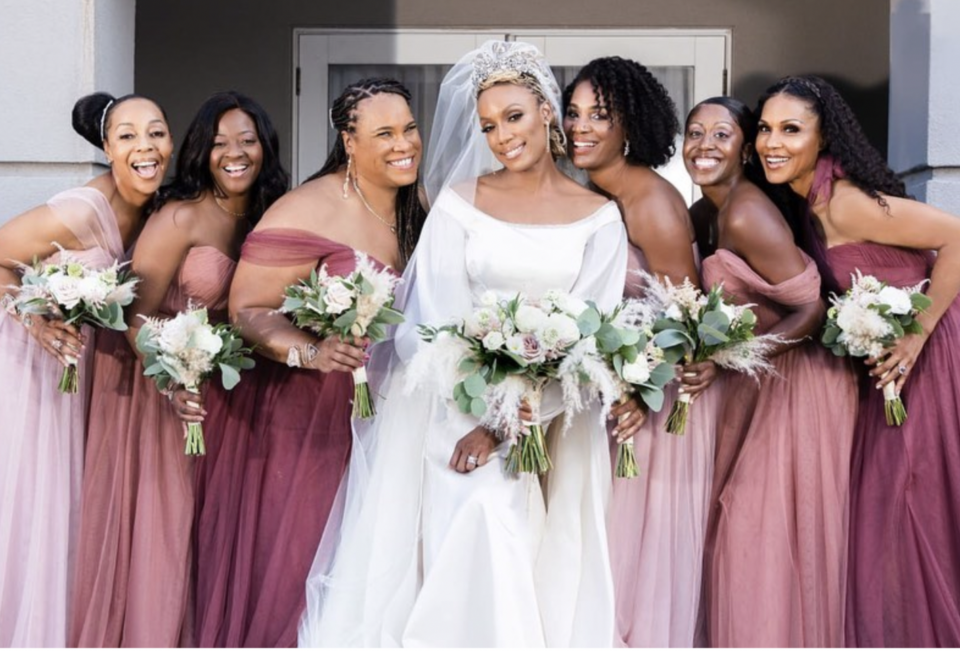 Wedding bells were ringing in September for this singer and her best friend.

According to Essence, the newlyweds met in their freshman music class after Rhona extended some encouragement to Shantiel, leaving an admirable impression on the then-freshman student. They became friends shortly after, but didn’t move any further into a deeper connection until five years ago.

The spark reportedly happened during a spiritual journey they were on together, while they both experienced roles as integration coaches.

“He decided to shoot his shot, if you will, and I was running,” Rhona tells the outlet. “But I didn’t run too far because next thing you know, I’m like, ‘Dude, I think I’m in love. What’s going on?!’”

As of April 2021, the couple’s dating status became official and Shantiel asked for Rhonda’s hand in marriage by September.

“He popped the question really fast. He knew exactly what he wanted,” she says.

The couple exchanged their vows in front of loved ones who were in attendance to witness the matrimony.

“I think I got lucky in marrying my friend, so it’s an adventure,” she adds. “It’s like, we get to explore this aspect of ourselves, something we never even thought would happen between us.”

“We’ve known each other now for almost two decades and so they’re very close to me,” she says about her En Vogue besties.

“We have so many collective goals together so we’re looking forward to seeing how and when those are going to manifest,” Rhona shares.