Energy Secretary Granholm To Use $40 Billion For Clean Energy 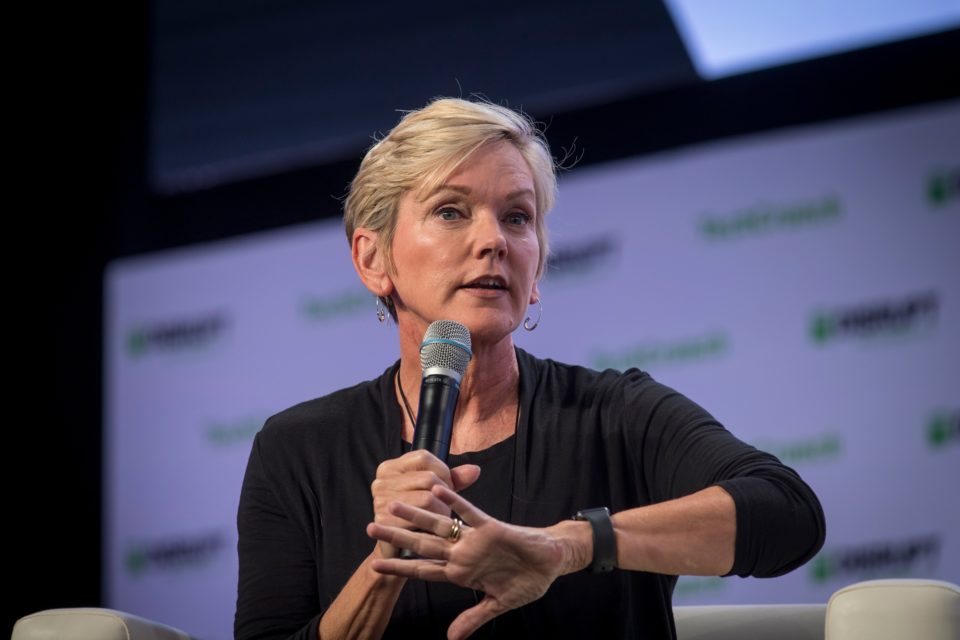 (Reuters) – U.S. Energy Secretary Jennifer Granholm said on Wednesday she is ready to use $40 billion in her department’s loan program office that went mostly unused in the last four years to boost the transition to clean energy.

“I am ready to rev those engines back up so that we can spur the next generation of innovation and deployment,” Granholm said during the virtually-held CERAWeek conference. She did not offer details on when the loans would be offered.

“He’s going to help us put together an indomitable portfolio of investments for American taxpayers, that will help us tackle climate change and create jobs,” said Granholm, who was confirmed by the Senate last week, with support from several Republicans from fossil fuel producing states.

“We’re ready to invest in advanced vehicles, carbon capture, advanced reactors, and so much more,” said Granholm, a former governor of Michigan, who secured federal funding for companies in the state to make electric cars and batteries. She will likely play a big role in President Joe Biden’s push to put the country on a path to fully decarbonize the economy by 2050.

The Energy Department’s loans office was founded with stimulus funding in 2009 during the Obama administration. It has loaned money and been paid back by successful businesses, including Tesla Inc, but has been slammed by some Republicans for support of Solyndra, a failed solar company.

Granholm also said the department has created an office of energy jobs to create jobs for communities “left behind for far too long,” including “communities of color living with the toxic legacy of air pollution”.