How this Engineering Graduate Transitioned to Music Executive 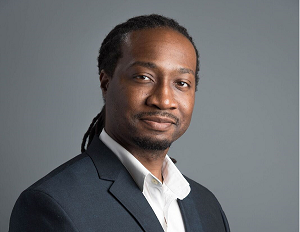 Yomi Desalu is proof that there is long-lasting value in college internships and experiences.

After discovering his love for music at an early age, Desalu continued to follow that passion at Temple University by writing for the school newspaper, doing party promotions on campus, and recording records in the college studio. During his last year as a civil engineering major, he took a risk and sent his rÃ©sumÃ© to a few record labels and music entities and eventually landed an internship with MTV.

Working his way up from intern to freelancer, to production assistant and then through the music programming ranks, Desalu spent 16 years at MTV before stepping into his current role as vice president of music programming and talent for BET.

It seems like you’ve always set yourself up for a possible career in music. Were you initially trying to do music engineering?

What are the responsibilities of your current role at BET?

BET acquired a couple of channels within the Viacom fold. One being BET Jams, formerly known as MTV Jams, which is a 24-hour hip-hop channel with no long form programming. It is loved by hip-hop artists and hip-hop fans who have the channel. I was working on this channel on the MTV side and decided to come along with it once the transition was made. I also oversee BET Soul, formerly known as VH1 Soul, which is another urban 24-hour music programming channel but more focused on R&B. So we have those two channels and a couple of other emerging channels including BET Gospel and the BET Hip-Hop channel, which is a straight hip-hop channel that is commercial free and it lives in small regional pockets in the South. The focus is really building those channels up even more than they are currently and have them be our new music platforms.

How would you describe a typical day for you?

A typical day involves a nice amount of meetings. There are a lot of strategies and initiatives we are working on. We just had Black Girls Rock, which was very successful. Before that we had the BET Honors. Now, we are working on the BET Experience, which is going to be big in L.A. Then right after that we start focusing on the BET Hip-Hop Awards in Atlanta. So there are a lot of [awards] and part of the day is how do we make them bigger and better. How do you amplify and get the news out there about them and how do we continue to stay relevant in the music space? So it’s dealing with labels. It’s dealing with artists and managers. It’s making the music decisions for our [awards] and channels on a day-to-day basis. It’s also programming. I have programmed, probably at this point six or seven music channels over my career. It’s what I love to do.

With programming, have you found any of the technical skills you learned as an engineer major come into play?

I think there are certain skills that I learned in engineering that come into play, but I would say most of it was learned on the job. I think the willingness to learn is what has really helped to propel me in this business. A lot of times when you find yourself in a field outside of your major, you really have to be a quick learner to really grasp some of the concepts. One of the things that probably helped me in college was public speaking, which was an elective I took. I feel, to really be successful, especially at the executive level, you have to really know how to communicate to people and engage with an audience.

Looking back, what advice would you give your 21-year-old self?

I would say take lots of pictures, enjoy the moment and really strategize. Sixteen years is a long time and I feel like I was able to go up the ladder at a decent pace, but I would say focus more on learning what the next thing of the music industry is going to be. I think we have seen a lot of changes over the last couple of years with the music labels getting hit and with the TV networks getting hit by the digital platforms that now have music. So I would say be more forward thinking and ahead of the curve.