Enriched Education for All – What If We Gave All Students a Chance to Focus on Their Gifts? 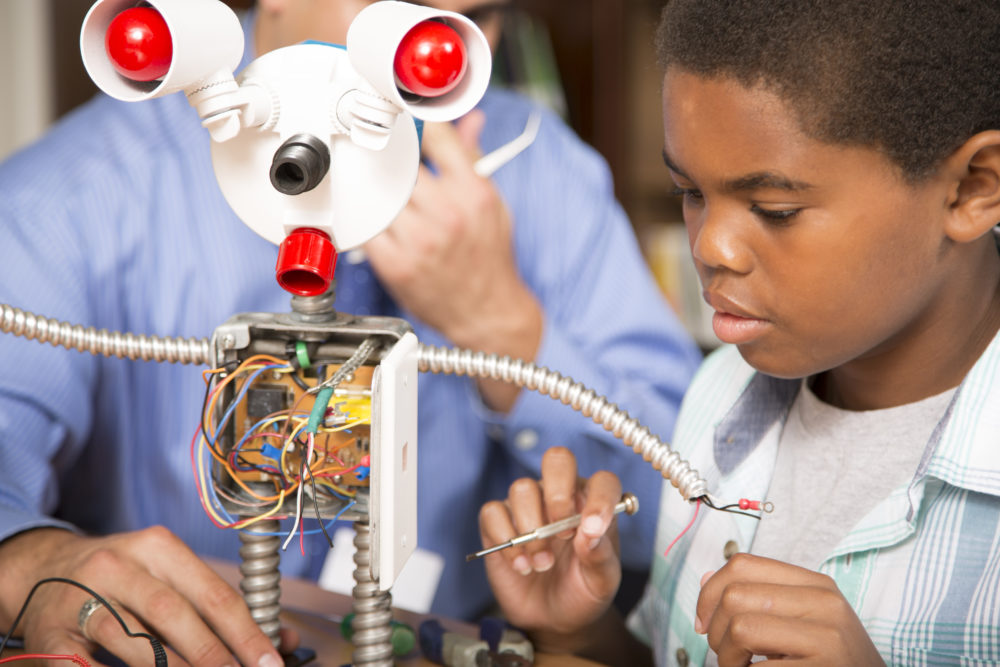 Giftedness is often associated with accelerated learning, but sometimes it manifests in unexpected and even troublesome ways.

In early December, I wrote about Founder and CEO of Ozy.com Carlos Watson, and learned that he’d been labeled a problem child and was asked to leave his kindergarten class. Watson went on to graduate from Harvard and Stanford.

My point is, how many gifted students are overlooked because their genius emerges later, or in a way that adults—even teachers—don’t recognize?

Not all exceptional learners are obviously gifted early on. Albert Einstein reportedly started talking late, and his early teachers didn’t consider him especially talented. As a boy, he also threw “extraordinary temper tantrums.”

Bias is another way that accelerated learners are neglected. One way to avoid overlooking gifted kids is to provide enriched education to all students. I like the idea.

That’s the approach P.S. 72 in Bronx, New York, is trying. Instead of identifying gifted learners and pulling them out for enrichment, the school is using a schoolwide enrichment model, or SEM, that seeks to develop and nurture giftedness in all its students, according to New York Teacher, a publication of the United Federation of Teachers union.

Educational psychologist Joseph Renzulli, whose research forms the basis for the approach at P.S. 72, defines gifted behavior as a “three-ring cluster of traits: creativity, above-average ability in a particular area,” and the ability to stay on task in that area.

To develop each student’s area of giftedness, or interest, the school uses enrichment clusters where students can select their area of interest to focus on.

“It’s a common misconception that kids who have a certain talent will be OK on their own,” Lianne Erosa, a first-grade teacher at the school, is quoted as saying.

“But for students to have … a mentor in that talent, refine it, and work hard—that can be a light bulb moment for a kid.”

As New York Teacher puts it, Renzulli’s model emphasizes “classifying gifted services as opposed to gifted individuals.” Accordingly, all students at P.S. 72 participate in music, theater, art, and dance. Such enriching extracurriculars aren’t reserved for just gifted students. To me, that makes sense.

But Don’t Throw Out the Old

But Joy Lawson Davis, a gifted education consultant and former board member of the National Association of Gifted Children, has a more nuanced view.

“SEM allows access to curriculum enrichment to a broader population of students in any school setting,” Lawson Davis told me in an email.

“The model has been found to increase engagement and interest in creative and critical thinking activities among a wider population of students who would not normally have access to such a curriculum. Teachers who have used this model of instruction have also improved their understanding and interest in the use of gifted education strategies. Typically used in schools with large populations of underserved gifted students (culturally diverse and low socioeconomic status), SEM has achieved favorable results because students are provided more interesting and engaging instruction which generally leads to higher achievement in core subjects, in general.”

But Lawson Davis still sees a role for traditional gifted education. “I would caution, however, that this model should not be a replacement for a more formalized model of identifying giftedness in students in underrepresented groups with more intense curriculum opportunities provided that match students’ strengths. Students identified in elementary school and exposed to a high-end curriculum on a consistent basis are more prepared for honors, AP, Dual Enrollment and IB coursework at secondary levels.”

What do you think? Leave your comments below.