Entrepreneur and Entertainer B. Simone Drops New Merch With Footaction 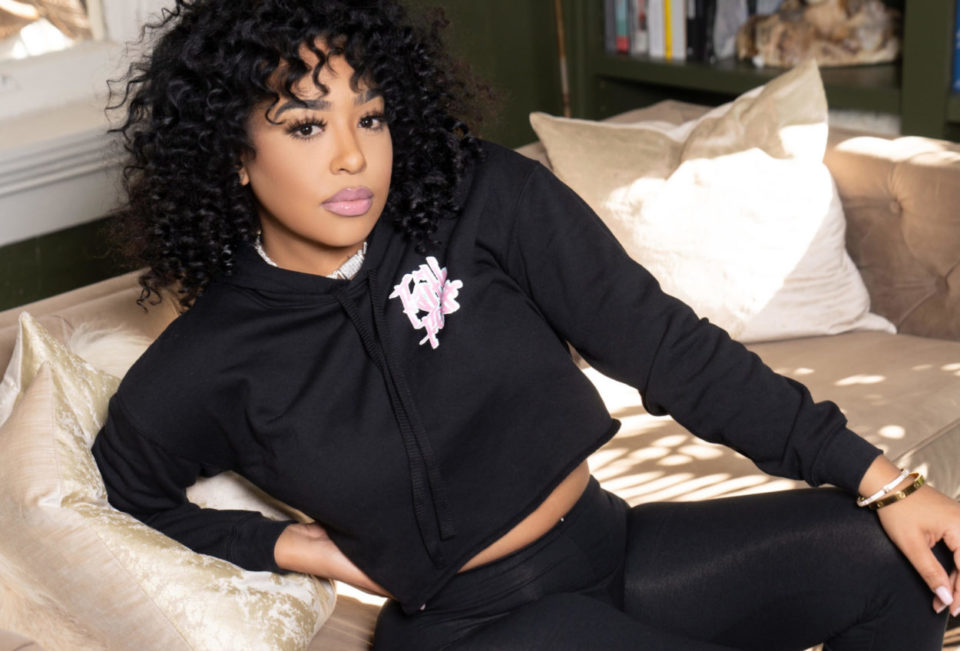 Entrepreneur and Actress B. Simone

In celebration of Women’s History Month, entrepreneur and entertainer B. Simone dropped a second capsule collection with Footaction that encourages women to fearlessly pursue their dreams.

Released on International Women’s Day, the new collaboration is named after a mantra that the 30-year-old comedian credits for the success in her career: “Faith Over Fear.”

The “Faith Over Fear” collection was designed to be versatile, comfortable, stylish, and inspirational. It includes a fleece cropped hoodie, long-sleeved top, leggings, and fleece sweat pants. Each item is emblazoned with positive affirmations such as “Dream More,” “Making My Dreams A Reality,” and “Dream Bigger.” The signature piece, a classic black cropped hoodie, features the word “faith” in pink graffiti written above the word “fear,” which is crossed out. The line runs from x-small to x-large while prices range between $45 and $65.

The Internet star says she wants to inspire people “to have hope when they put on my apparel” and realize that “darkness is temporary.” She added, “Keep going. Keep setting goals. Don’t get comfortable.”

In addition to reciting positive affirmations and adopting a winning mindset, Simone believes in the power of “manifesting through your apparel” as a source of motivation to remain committed to fulfilling your dreams.

However, the Dallas, TX, native also admits that pushing past fear is not always easy.

“Yesterday was a bad day for me, and I had to remember [that] as I’m promoting to people to have faith over fear, [this] is something I have to constantly promote to myself, too.”

The collaboration comes months after Simone debuted the “Baby Girl” clothing line with Footaction back in November, making her the first person to co-develop their own apparel brand in partnership with the mega-retailer.

Born Braelyn Simone, the actress moved to Atlanta, GA, in her early 20’s to pursue a career in the entertainment industry. While chasing her dreams, she worked in retail, restaurants, and as a hairstylist and even slept on the floor of a friend’s house for six months. All the while, she chronicled her journey to stardom on social media, building a huge following before landing her big break on Wild N’ Out. She then went on to launch a beauty brand, a reality series on Zeus, and open up for comedy legend Martin Lawrence in 2020.

According to Simone, the secret behind her success is manifestation, a process she describes as envisioning her goals, writing them down, and then diligently working to bring them to fruition. That’s also how she made her first $1 million back in April 2020 just a few weeks before her 30th birthday. She documented the journey in a three-part video series on Instagram titled “Road To A Million.”

Another key to her success is dismissing thoughts of self-doubt and worry.

“Focus on the positive. Faith and fear cannot coexist, so you have to choose one.”

Watch B. Simone’s full interview below.