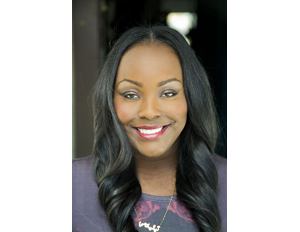 Entrepreneurs are increasingly turning to technology to come up with solutions to ward off deadly confrontations between civilians and law enforcement. State Safe Stop is one solution that is in the works.

Developed by tech innovator and entrepreneur Dez White, State Safe Stop is an app that assists people when they have police stops.

White explains how it works. “Download the app when you register, you make a safe list from three people on your phone. As soon as you have police contact, press your safe list. That sends notifications to your safe list that you have been stopped and lets them know your location.â€

Users can record their police contact with the app. “I can face my phone up or down; down will take voice recording, up will record what it sees. If your phone is taken and they try to delete the recording, they can’t delete it without a PIN. Video is saved to the phone and sent to your safe list and then they will get the video (we are going to SMS or MP4 it or we may send it to them from inside of the app),â€ says White.

She is currently building the app out now and working with a developer. The app is slated to launch this Fall for iOS and Android

No stranger to tech entrepreneurship, White founded InvisibleText, which launched in 2013. The app allowed users to send texts that could be set to auto-delete.

White says that her experience with secure messaging is one differentiator between her app and competing apps like it, such as Legal Equalizer.

As a mother of two young sons, this tech innovator felt compelled to create such a solution. “I can’t even imagine getting that call. I never want to have to experience that. I want the security, protection, and to let the police ‘know you are being watched’. If we had State Safe Stop, Sandra Bland’s mother would have known. We would have had hardcore evidence of their side from the beginning.â€