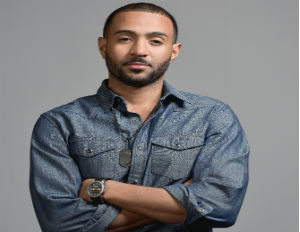 The idea of mixing the black hair market with the ecosystems of Silicon Valley may seem like a foreign concept to many, but for 34-year-old Hampton University alum Diishan Imira the idea sounded perfect.

Growing up in a family full of hair stylists and seeing first hand how black hair salons were not gaining profit off the hair extensions they were installing, Imira knew it was up to him to find a solution.

“We spend $9 billion on hair products every year, but less than 5 percent of [our salons] retail any products,” Imira told BlackEnterprise.com. “I wanted to change the way the products were sold. I wanted the hairstylists in the salons to be able to participate in the entire supply chain process.”

To solve this problem, the California native created an innovative technology platform that allows hair stylists to sell hair extensions directly to their clients without a middle man involved. With starter funding from family, friends and angel investors that totaled $50,000 Imira and his business partner, Taylor Wang, birthed the idea of Mayvenn, Inc. in 2012.

Unlike other American entrepreneurs in the hair weave business, Imira did not rely solely on his domestic contacts to build his company. With a background in international trade and a passion for building relationships with suppliers, Imira along with Wang traveled to Asia to get their first batch of inventory and build direct relationships with suppliers there. In addition to fostering relationships abroad, the two co-founders worked aggressively at home to gain funding for their start-up. But with an anti-pattern tech company in Silicon Valley, the young entrepreneurs faced many challenges with trying to get investors to understand the growing business of the black hair market.

“It took a very long time of knocking on doors trying to get people to hear us,” said Imira. “Then once the right person heard us, we got into this accelerator called 500 Startups, and once you get into that program it’s like now you have some credibility and investors start to listen in a different way.”

But getting accepted into 500 Startups in April 2013 seemed to be only half the battle for Imira and Wang, whose target product audience is the African American community.

“When we came into 500 Startups, every body was looking like ‘What is this crazy thing they let in? ‘This is technology and these dudes have boxes of hair,'” said Imira. “So you have the majority of people who don’t get it and don’t care, but then there are investors who are looking for things that are weird and that they don’t quite understand. That’s their investment thesis. They want to go find the things that not everybody else is doing.”

During the summer of 2013 Imira and Wang stayed in Mountain View, California where they immersed themselves into the cut throat culture of Silicon Valley and introduced their product to several investors. By August 2013, they raised $750,000 in investment funding and in October 2013 Mayvenn, Inc. was officially launched.

With just a year and a half of operational experience under its belt, Mayvenn has now raised $3 million in venture capital funding and has a network of over 25,000 stylists. With the continued mission to involve hair stylists in the process of buying and selling products, Imira and Wang’s goal is to eventually expand Mayvenn into an online platform that sells not only hair extensions but other hair care products as well.