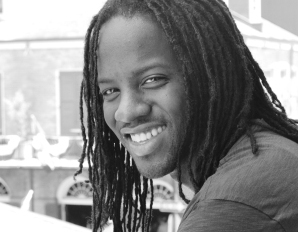 Anthony Joiner’s newest business, it’s safe to say, has something of a foot fetish. The Atlanta-based serial entrepreneur is soon to launch Shoozed.com—a social-commerce company he describes as “eBay meets Pinterest” for lightly worn women’s shoes. (The company’s name is a portmanteau of shoes and used.)

The Internet has certainly made connecting buyers and sellers easier than ever, yes, but . . . used shoes? “There’s a huge market for lightly used shoes!â€ exults Joiner, 39. “Resale shops and other high-end or ‘middle-high-end’ thrift stores are doing really well, especially in this look-for-a-deal-first economy.”

Shoozed, set to launch later this summer, will collect a commission on each pair of kicks sold. The idea came to Joiner during the pregnancy of his wife, a shoe maven whose closet contains more than 100 pairs – and whose feet grew substantially over those nine months. “Her doctor said there was a chance her feet would remain at least a size bigger, and then she’d have a closetful of unwearable shoes, he says. “I saw an opportunity there.”

Seeing opportunities is something of a habit for Joiner, who is also the founder of The Weekend Collection, which offers travel deals within several hours of Atlanta. His efforts have hardly gone unnoticed; he was recently brought into the funding-and-mentoring program of 100 Urban Entrepreneurs, the nonprofit foundation that provides $10,000 startup grants and eight weeks of mentoring to urban businesspeople nationwide. (In March, Joiner accompanied 100UE and Invest Atlanta, the city’s economic-development authority, to ring the opening bell at the Nasdaq stock exchange in New York.)

Nor is his visionary streak limited to newfangled e-retail sites like Shoozed. Three years back, he started a summer fish fry in his front yard; this year, it’ll be held on July 7, and he’s expecting more than 8,000 people to show up. “It’s called ‘Life’s a Fish & Then You Fry,’ “he says. “I’m partnering with the county this year, but I’m looking for sponsors for that as well.â€ He laughs. “Yes, I’m always grinding like this.”