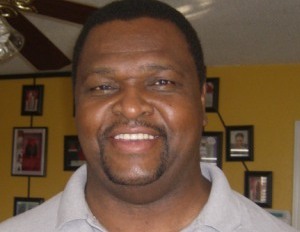 As sales pitches go, Don Harding Jr.’s is elegantly simple: “Who down South, with our blazing heat, would turn down a refreshing fruit beverage made by hand, right in front of you, using fresh fruit?â€ he asks. Hey, search us. We’ll take one – and we’re not alone.

Harding’s company, Cool Fruit Sensations, has been in business since late 2008. It’s headquartered in Harvey, Louisiana, just south of New Orleans, and the product is straightforward: strawberry, kiwi, pineapple, watermelon, orange, blueberry, mango or peach are variously combined with lemon, lime or tea to create one of a possible 25 drink combinations. It’s healthful, it’s refreshing . . . and it’s selling like mad.

“My wife, while bored at home, started playing around with different fruit combinations,â€ Harding says. “We introduced a couple at a farmers’ market, and the response was ridiculous. We started out making $200 at farmers’ markets; now we gross as much as $10,000 for a two-day festival.â€

His solid track record has begun to pay off: Cool Fruit Sensations was recently brought into the funding-and-mentoring program of 100 Urban Entrepreneurs, the nonprofit foundation that provides $10,000 startup grants and business mentoring to entrepreneurs nationwide, and even greater rewards possibly await: In March, as part of New Orleans Entrepreneur Week, Harding is competing in a business-pitch competition sponsored by Idea Village, a nonprofit that promotes entrepreneurship in the Crescent City. First prize? $70,000. If he wins, two days later, he’ll participate in an even larger competition whose top prize is $100,000 in cash and services.

Harding and his wife (who run Cool Fruit Sensations along with Harding’s brother) are born entrepreneurs: They also run a staffing agency, Know-It-Alls, from which they’re able to hire additional help whenever they need it. They might soon need plenty; Harding’s immediate goal for 2012 is to open his first physical retail space. “We’re constantly bombarded with the question, ‘When are you guys going to open your first location?’ â€ Harding says. “The next step is to do exactly that.â€

Once it opens, Harding is probably correct to assume even greater sales. Healthy, top-quality ingredients, expertly prepared, it seems, are a hit wherever they’re offered. “All our drinks are made individually by hand, using real fruit,â€ Harding says. “We’ve competed with alcohol, water, soft drinks, yogurt, popsicles, smoothies and beer. Nothing has been able to sell next to us.â€