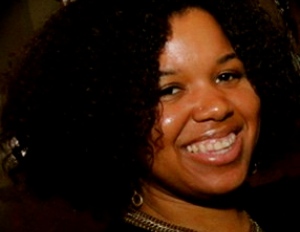 Fashionable accessories come in all shapes and sizes, and all manner of uses. It’s safe to say, though, that relatively few of them are intended to be worn while sleeping. (We’re not including dental-correction devices or anti-snoring sleep machines. Remember, we said fashionable accessories.)

Breaking that mold is Veronica Chapman, the 30-year-old founder of My Crowning Jewel, a new line of stylish head wraps designed for women who wish to protect their hairstyle not just during the day, but also while they get their beauty rest. “For years, women who wrap their hair at night have been presented with options that are unattractive and not functional, failing to protect their hairstyle while they sleep,â€ Chapman says.

Born in Elizabeth, New Jersey, and currently based in Cambridge, Massachusetts, Chapman has long had an entrepreneurial streak. My Crowning Jewel is actually her second venture; her first, Boxxout, she describes as “an innovative youth organization that connects disconnected teens in urban, low-income communities to opportunities to excel.â€

Her efforts got a boost recently when she was brought into the funding-and-mentoring program of 100 Urban Entrepreneurs, the nonprofit foundation that provides $10,000 startup grants and mentoring to promising young businesspeople across the country. Chapman first honed her professional chops at Spelman College and also Babson’s F.W. Olin School of Business, from which she received her MBA. In 2010, she was awarded the New Leaders Council’s 40 Under 40 Award for Entrepreneurship, and has since poured her efforts into My Crowning Jewel, whose Web site, mycrowningjewel.com, will soon take orders. She has recently signed a U.S.-based manufacturer and plans to formally launch April 1.

And while her primary market, naturally, is African-American women, she caters to women of all races and is interested in expanding her product lines to workout gear and even men’s apparel. (“I’d love to bring back the ascot,â€ she says, and she’s not kidding.)

Her ambition is emblematic of the social entrepreneur’s credo: “Even while building the foundation for Boxxout, I considered how creating a product to fill a need in the for-profit sector could also be beneficial to society, allowing me an even greater opportunity to create jobs, especially teen jobs,â€ she says. “I want to be able to offer Boxxout teens jobs in My Crowning Jewel’s Fulfillment Division once we’re fully operational. That way the teens can both work and be trained to access the resources that will help them forge their path to success.â€

Read more about Chapman and My Crowning Jewel at 100urbanentrepreneurs.org