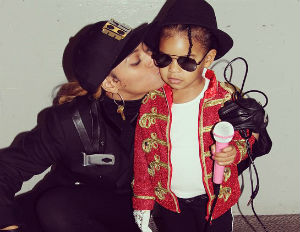 Kimora Lee Simmons was raised by her mother in Missouri. Kimmora’s mother enrolled her in a modeling class when she was eleven years old after she grew tired of being the target of bullying (she stood five feet 10 inches at the young age).Â  Two years later, Kimmora was sent to Paris and struck a deal with Chanel soon after she turned 14. Her ex husband Russell sold his clothing line Phat Farm for $140 million in 2004, and then stepped down as CEO, when Simmons was promoted to President and Creative Director of Phat Fashions, which helped further along her dream to turn the company into a hit fashion level called Baby Phat. In 2010, she left Baby Phat, not giving much of an explanation as to why, but she has continued to make her presence known in the public, appearing on several television shows, and in music videos. Her reality TV show centering in on the model’s life called Kimora: Life in the Fab Lane premiered in 2007. For inspiring fashion designers, her Instagram is a great place to check out. The star also posts some pretty powerful quotes, motivating one to be successful.