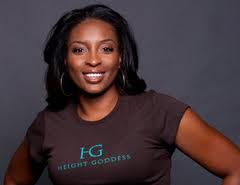 Anyone who has ever delivered an elevator pitch knows how important it is to have a commanding presence when presenting. You’re judged on your command of the room. Your goal is to be a storyteller. If it’s good enough, your pitch might lead to some fast cash to jumpstart your business.

Each year, a group of select entrepreneurs bring their best 60-second pitch and go head-to-head at the Black Enterprise Elevator Pitch. The grand prize winners walk away with a coveted $10,000 award. The Elevator Pitch Competition is one of the major attractions of the Black Enterprise Entrepreneurs Conference+ Expo hosted by Nationwide (the 2013 pitch competition will take place this May in Columbus, Ohio). Past winners from 2010 and 2011 not only put their cash prizes to good use but have taken their businesses to new heights.

Body Quest Protein Ice Cream was birthed at Hank’s Ice Cream, a local ice cream parlor in Atlanta, Georgia owned by Wiggins.Â He officially launched Body Quest Ice Cream, LLC in 2005, introducing it to the public at the National Body Building Championships in Atlanta and setting the standard for high quality nutrition in the frozen dessert format. Today, the Body Quest brand is used by bodybuilders, athletes and people with medical conditions such as chemotherapy and dialysis patients.Â  It is served in over 1,500 locations across the U.S.

Jennifer Burrell, owner of The Frock Shop, a Chicago-based designer dress rental company, beat out seven other contestants (it was a three-way tie for first place) to snag the $10,000 prize at the 2011 Black Enterprise Pitch competition. “I literally practiced my pitch over and over again until I knew it verbatim,â€ says Burrell about preparing for the judges. Upon winning the competition, she used some of the money to stock up on more inventory and to develop an ecommerce website.

It was in March 2010 that Burrell first opened The Frock Shop as a brick-and-mortar business to help women look fabulous for special events in their lives–from proms to weddings–without emptying their purses. The Frock Shop follows a simple premise: find something you like, rent it, wear it, and return it. Rental prices start from around $40 for cocktail attire to $200 for wedding dresses. Burrell’s primary goal for 2011 was to launch an online dress-rental site (www.frockshopchicago.com) and for 2012, she focused on marketing the business and building its infrastructure.

Today, The Frock Shop has thousands of dresses in stock, a robust and active ecommerce site and showrooms in Chicago. The 34-year-old entrepreneur is looking to expand with her eyes set on markets in Los Angeles, Dallas, Atlanta, and DC.