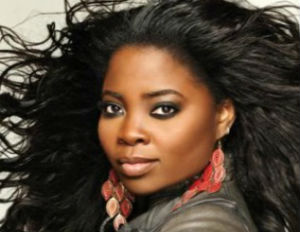 The name Kim Kimble has been synonymous with beauty and glamour for over a decade, and today she continues to raise the bar as one of the most acclaimed celebrity hair gurus in the business. Kimble has developed a niche for creating scene-stealing, high concept looks adorned by the likes of Beyonce, Lady Gaga, Rihanna, Shakira, Mary J. Blige, the late Whitney Houston, Sade, Britney Spears, Jada Pinkett Smith, and even the iconic Miss Piggy among others. Her work has appeared in national ad for blue chip brands including Pepsi, Neutrogena, Nike, CoverGirl, McDonald’s and L’Oreal. In addition to her work behind the scenes, Kimble has served as an industry expert in front of the camera on numerous television shows, including “Oprah,â€ “How Do I Look?â€ and “Shear Genius,â€ to name a few.

Kimble’s glamorousc lifestyle behind the scenes has taken center stage as the busy entrepreneur stars in her own unscripted series on WE TV: “L.A. Hair,â€ which premiered in June 2012 and features Kimble with her eccentric family of stylists as they take on the luxurious locks and wild weaves of Los Angeles’ most exclusive clientele. WE TV picked the show up for a fourth season to premiere summer 2015.

Kimble will be on hand to talk about her hair care systems brand and product lines during the session “Leveraging Reality TV to Further Your Businessâ€ at the 2015 Black Enterprise Entrepreneurs Summit in Atlanta (May 13-26).

Having started as a shampoo girl for her mother growing up around the family salon in Los Angeles, Kimble is a third-generation hair stylist who originally aspired to become a fashion designer. Her pathÂ changed shortly after attending the famed Bronner Brothers hair show where she was exposed to the amazing styling feats and showmanship of the hair technicians on stage. In that moment, she knew she wanted to design hair rather than clothes. Kimble focused on pursuing a formal education in hair care, training professionally at both Vidal Sassoon Academy and Dudley Cosmetology University in North Carolina.

By 1995, Kimble had mastered the art of styling hair and opened her first salon, Phaze II, in Los Angeles. She got her big break when film producer Robert Townsend hired her as key hair stylist on the movie “BAPS,â€ starring Halle Berry. Kimble designed the elaborate hairpieces for the film and captured the attention of Hollywood executives and talent, which led to gigs working with Brandy on the TV movie “Cinderella;â€ “The Jamie Foxx Show;â€ “TwoÂ Can Play That Game;â€ and “Austin Powers Goldmember,â€ where her work with Beyonce became an ongoing collaboration. Kimble serves today as primary stylist on the superstar’s movie, television and music projects.

Since then, Kimble has beautified stars on such movies as “Sparkle,â€ “Dreamgirls,â€ “Deliver Us From Eva,â€ and “The Score.â€ The transition into film and television helped Kimble develop an enviable roster of notable personalities such as Gabrielle Union, Vanessa Williams, Venus and Serena Williams, Kerry Washington, and Sanaa Lathan.

In 2000, Kimble opened her second salon, Epiphany Hair Studio in West Hollywood, California and launched Kimble Hair Care Systems, a full range hair care line designed to address the needs of women of color with various hair textures. In addition, she developed Kimble Beauty, a collection of tools, accessories and hair extensions conceived as an augmentation to the Kimble Hair Care Systems brand. Kimble’s philosophy is that healthy hair and great style should coexist – thus, her products and tools are designed to work with a wide range of ethnic hair textures to create chic, yet manageable style. Kimble’s line is carried in select Target stores nationwide and via the Internet at Target.com, offering luxurious, organic ingredients, such as shea butter and acai berry, at an affordable price.

What’s more Kimble is seeking enterprising individuals who wish to master her hair care system in that she plans to franchise the concept. Kimble will also discuss business opportunities with potential franchisees at the Entrepreneurs Summit.