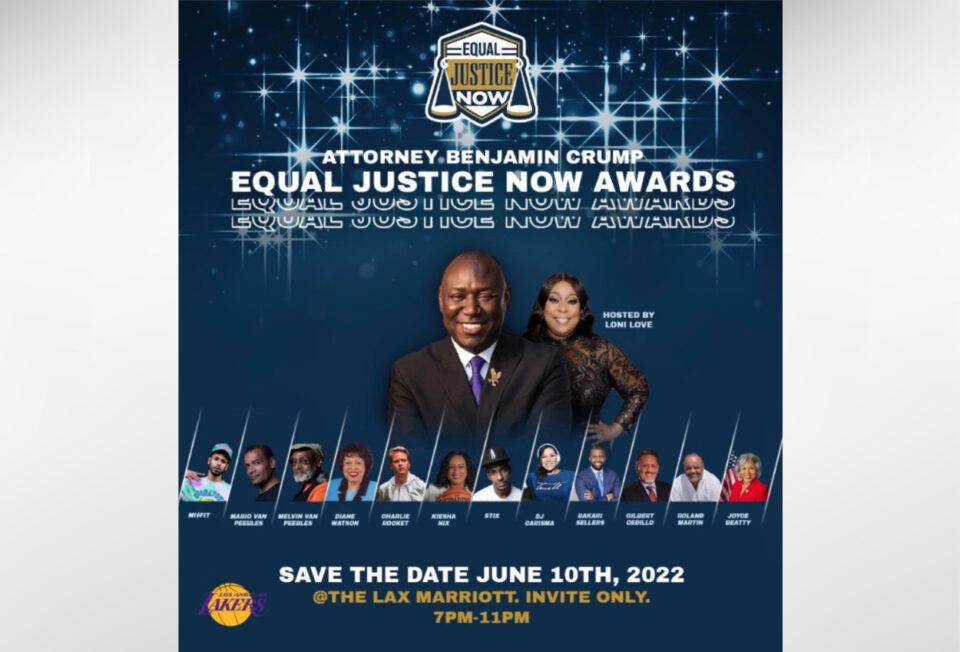 Honoree Charlie Rocket (Social Media Award) is a social influencer, brand visionary, globally-recognized entrepreneur and speaker and Founder of the Dream Machine Foundation, known for dedicating his life to helping others with random acts of kindness and his own inspiring health transformation, as well as being an award-winning former hip-hop music mogul who discovered 2 Chainz and Travis Porter.

Honoree Bakari Sellers (Journalism Award) is a CNN political commentator, attorney, author and former South Carolina State Representative, who was the youngest African-American official in the country when he was elected at 22.

Honoree Roland Martin is an award-winning journalist and author.

Honoree Joyce Beatty is a Congresswoman representing Ohio, who serves as Chair of the Congressional Black Caucus, and advocates on issues including diversity and inclusion, financial services, housing and more.

Tony Smith, co-founder of Equal Justice Now, says: “We are thrilled to bring back the Benjamin Crump Equal Justice Now Awards after two years of COVID delays. Our celebration allows EJN to honor the notable luminaries who champion the causes which form the foundation of EJN’s mission. The night will be an opportunity to celebrate current achievements and keep the focus on the critical work that remains undone.”