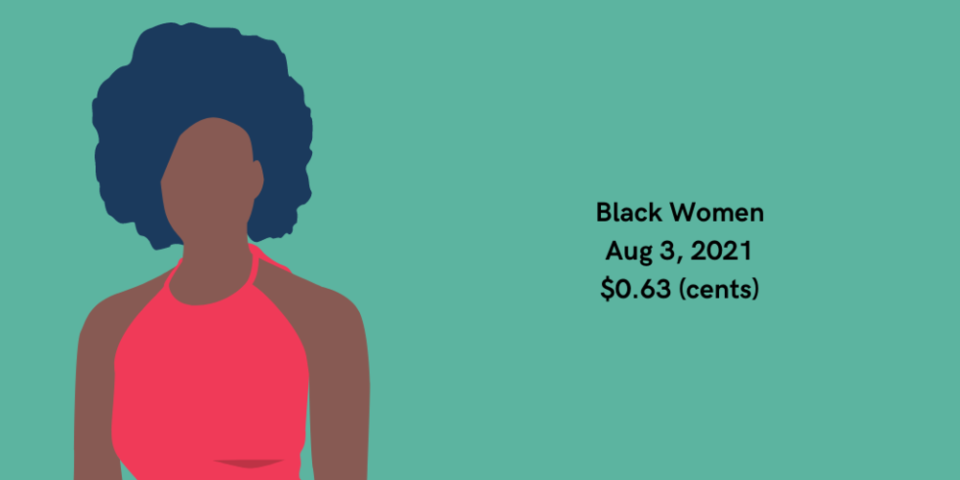 That means it takes a Black woman 579 days to earn what a white man makes in 365 days across industries. According to the National Women’s Law Center, Black women are paid $0.63 for every dollar a white man makes. Only Hispanic women earn less ($0.55).

Even worse is that the gap isn’t closing. The NWLC said the Black women’s pay gap has closed by $0.03 over the last 40 years.

According to the National Partnership for Women & Families, if the pay gap were eliminated, a Black woman working full-time year-round would have enough money for more than two years of childcare, two years of tuition and fees for a four-year public university, or 22 more months of rent.

Cecilia Rouse, the Council of Economic Advisers chair, told BLACK ENTERPRISE that there’s a long way to go, but progress has been made.

“I’m glad we’re bringing awareness so people can think about working an extra 20 months to make what a white man makes,” Rouse, a Black woman, said. “We have made progress in closing the pay gap, but we still have a long way to go.”

Rouse added the Biden administration’s Build Back Better plan is helping in the effort, and President Joe Biden is laser-focused on closing the Black women’s pay gap.

“We also have to do better than where we were before the pandemic,” Rouse added. “Biden has made investments in childcare and paid sick leave and he’s committed to making these investments and ensuring Black women and women, in general, see better pay.”

Last summer, a bevy of national and international companies made commitments toward racial equity and diversity. Rouse said many of those same companies have some tough questions to ask themselves when it comes to fulfilling their promises and closing the pay gap.

“Firms that want to tackle this may need to admit biases in their hiring and pay,” Rouse told Black Enterprise. “They need to ask themselves some tough questions related to Black female employment such as how many Black women are being interviewed? Do we currently have Black female employees, and if we don’t, why?”