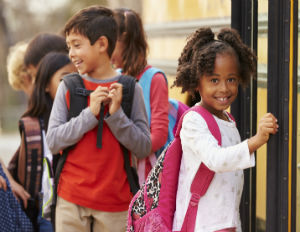 Across the country, black students are more likely to attend schools with fewer rigorous math and science courses and fewer experienced teachers. They are more likely to receive out-of-school suspensions and less likely to be enrolled in Advanced Placement or gifted programs.

That’s according to data from the 2013—2014 Civil Rights Data Collection released earlier today by the U.S. Department of Education Office for Civil Rights.

The data represent a survey of all public schools and school districts in the country, serving more than 50 million students.

Although much work has been done under the Obama administration to address these severe disparities, much work remains. In every area of education, including discipline, teacher quality–even access to algebra 2–inequities persist and affect black students the most.

Across the country, compared with all other groups of students–white, Asian, Hispanic, Alaskan, Native American, Native Hawaiian, and Pacific Islander–black students fare the worst, according to this data.

“The CRDC data are more than numbers and charts–they illustrate in powerful and troubling ways disparities in opportunities and experiences that different groups of students have in our schools,â€ John King, education secretary, said in a statement.

The data are available for the public to review at CRDC.ed.gov.