Eric Holder to Represent CA in Legal Battles Against Trump 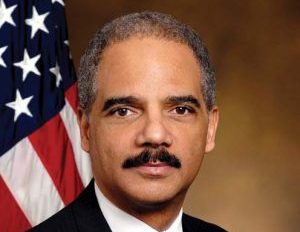 California lawmakers hired former U.S. Attorney General Eric Holder as a legal adviser as they gear up to go to battle with President-elect Donald Trump. The Democratic leaders of California’s legislature announced Wednesday that Holder will join their legal defense team to take on issues in court regarding the federal government for the next four years.

“It was very clear that it wasn’t just campaign rhetoric, said de Leon, the Democratic leader of the Senate, referring to the divisive policies Trump proposed during the presidential election. “He was surrounding himself with people who are a very clear and present danger to the economic prosperity of California.”

“Having the former attorney general of the United States brings us a lot of firepower in order to prepare to safeguard the values of the people of California,” said de Leon. “This means we are very, very serious.”

Holder, who is a partner at Covington & Burling L.L.P. law firm, “will serve as outside legal counsel to the Legislature, advising us in our efforts to resist any attempts to roll back the progress California has made,” reads the press release.

Holder said that he was “honored” to work with the California legislature.

“I am honored that the legislature chose Covington to serve as its legal adviser as it considers how to respond to potential changes in federal law that could impact California’s residents and policy priorities. I am confident that our expertise across a wide array of federal legal and regulatory issues will be a great resource to the legislature.”