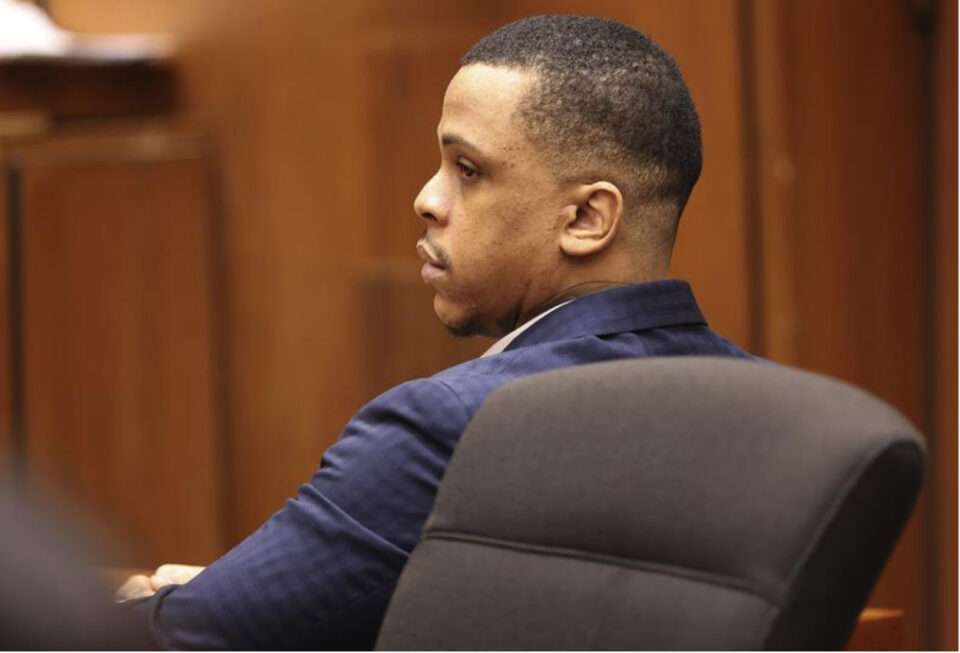 The murder suspect on trial for the death of hip-hop entrepreneur Airmiess Joseph Asghedom, better known as Nipsey Hussle, was reportedly physically assaulted earlier this week.

The suspected killer, Eric Holder, was expected to testify on Tuesday in the ongoing trial for the murder of Nipsey. The New York Post reports two inmates attacked the 32-year-old defendant after he left the courtroom and was transported back to the facility around 4 p.m. Monday.

Holder was unable to testify Tuesday due to injuries he suffered in the attack.

According to his public defender, Aaron Jansen, Holder required medical attention after suffering a cut on the back of his head, reportedly from a razor. Jansen told Rolling Stone that he had been “attacked by two inmates and beaten” during the assault.

“He was cut with a razor in the back of his head and received three staples. His face is swollen and his eye is swollen.”

Los Angeles County Superior Court Judge H. Clay Jack told the jury that Tuesday’s session was canceled due to “unforeseen circumstances” and directed them to return the next day.

The trial is heading into its third week. Two weeks ago, according to The Associated Press, a Los Angeles prosecutor told jurors that Holder pre-meditated the 2019 killing of Nipsey. The two men were having a discussion where Nipsey told Holder there were rumors that he was a “snitch” and he should “clear that up.”

Deputy District Attorney John McKinney shared that narrative during his opening statement. He stated there is “no doubt” that Holder knew beforehand that he would kill Hussle. He told the courtroom that Holder shot Nipsey at least 10 times and kicked the rapper in the head before fleeing the scene.

“He clearly thought about what he was going to do before he did it,” McKinney told jurors about Holder’s intentions.