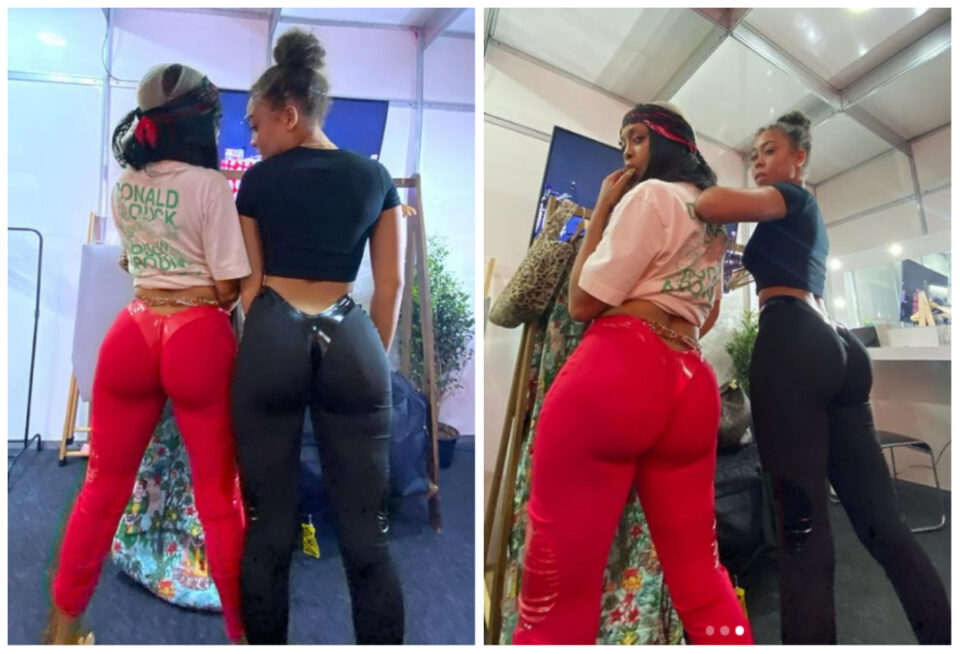 Neo Soul singer Erykah Badu and her daughter, Puma Curry, created quite a stir with a social media post featuring the pair showing off their (clothed) derrieres.

The photo, which was posted by Badu’s 18-year-old daughter, shows the mother-daughter duo in several poses standing side-by-side with their backsides to the camera. For some strange reason, the photos set off a stream of negative comments on social media.

While some praised the photo, there were many detractors complaining—even though there was no overt display of nudity, no sexual overtones nor anything shown in the photos, outside of their backsides, that would be considered offensive or salacious. Again, everyone kept their clothes on.

Badu, 51, is known for her many quips over the years. This situation called for the same. She reacted to the so-called controversy via her Twitter account. A user wrote, “Erykah Badu’s ass goes viral every year and it just keeps getting better with time.”

She responded by previewing what she plans to showcase next year: a sonogram X-ray of her colon.

Next year I’ll show y’all a sonogram X-ray of my colon. Dr. Says , and I quote , “ it’s just the prettiest thing I’ve ever seen. “ https://t.co/fnOcCvDZBW

It’s apparent that everyone is on the same page as Curry posted a response to the reactions that had the mother and daughter trending.

She wrote, “I posted a pic (not my mom) of me and my mama Badu in some cute form-fitting pants. I’m an adult. What’s the real issue? Let’s discuss,” Puma wrote.

Showing full support from both parents, Badu and The D.O.C. responded in the comment section by writing “well…”