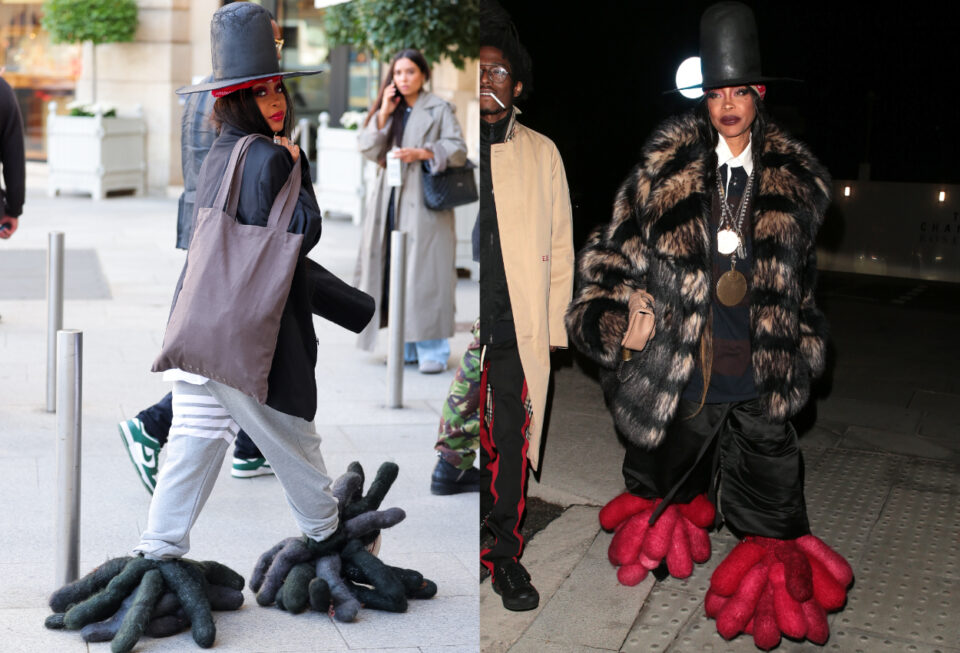 Celebrities have been known to push fashion trends beyond everyday basics, especially innovators like Erykah Badu, who never misses a chance to serve the public a dose of extravagance.

The hip-hop and R&B singer is stepping into a new venture outside of music and expanding her talents to the fashion industry with a new couture shoe line that she announced to her Instagram followers on Sunday, Oct. 9.

“Under Water Boogie Baby. Anemones by Badu. A [collab] with my Hitta @myahhasbany – for e.Badu’s 1st collection in upcoming couture line (still unnamed),” she captioned the post.

The high fashion swag will literally allow fans to step into her aesthetic when they try on her new footwear.

The leg warmers were custom-made for Badu by Myah Hasbany, a fashion student at the Central Saint Martins School in London. Hasbany caught Badu’s attention when she was a teen studying at Booker T. Washington High School in Dallas, one of the schools Badu once attended and presently supports, according to The Dallas Observer.

“[A] rule about cool shoes is that they must be a little ugly,” director Sayna Fararaghi wrote on Twitter.

According to W Magazine, the entertainer was spotted numerous times during Paris Fashion Week wearing the tentacle-like accessories around her feet, including a red version she wore to Rick Owens’ show in Paris, and the final Burberry show in London.

Although Badu’s been making a statement in the leg warmers, like the blue ombre pair she wore during her summer performance in Switzerland, a date has not been set for when the singer’s footwear line will be available for purchase.