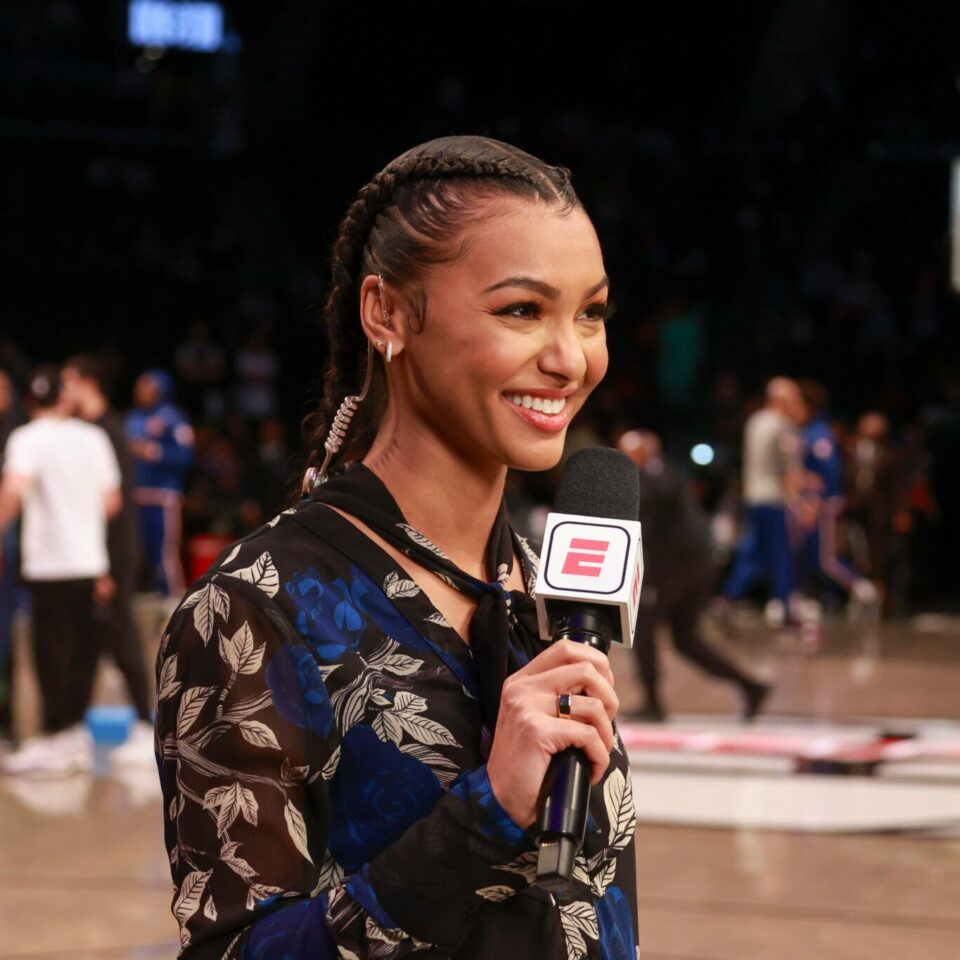 An ESPN lead analyst meteorically rises to the historical occasion of becoming the first woman ever to host the NBA Draft.

The 27-year-old, who has been with the sports broadcasting giant since 2019, is no stranger to the scene. It may be her first time hosting the draft, but she did lend her hosting capabilities to the NBA draft lottery for ESPN on May 17.

The Bay Area native has previously worked for the Chicago Tribune and New York Times as a reporting fellow, per Sporting News. She made her NBA debut in 2020 as a telecast reporter and then took her talents to the 2021 NBA Finals as a sideline reporter.

“I am so excited to be the host of the 2022 NBA draft,” Andrews said via ESPN PR’s Twitter video. “It’s really kind of beyond words. We just finished the draft lottery, and I feel like that great training, maybe, hopefully for the draft. But, at the end of the day, I know I have a great team behind me.”

Live from the @barclayscenter in Brooklyn

At the draft, Andrews will be accompanied by the ESPN crew, including Jay Bilas, Kendrick Perkins, Adrian Wojnarowski, Bobby Marks, and Mike Schmitz.

This historical achievement is one for the books and could prompt additional acclaim for her performance on ESPN. Throughout her career, the sports journalist earned a nod on Forbes’ 30 under 30 list in 2021 and won a Sports Emmy for Emerging On-Air Talent earlier this year.